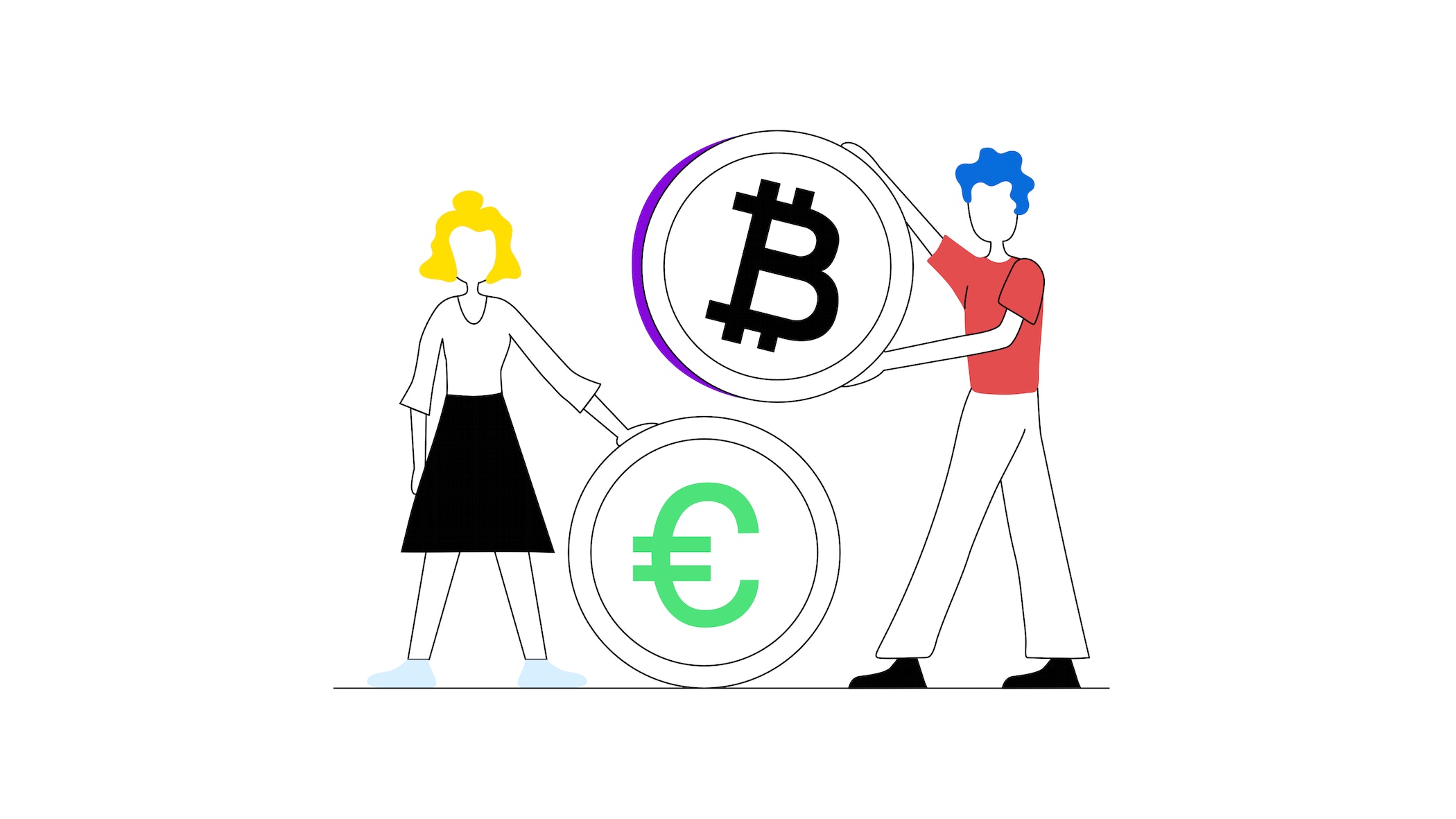 In this lesson, you will learn the difference between cryptocurrencies and fiat money.

Cryptocurrencies and conventional currencies have two essential features: they enable frictionless payments between two parties and act as a store of value.

When you buy something with fiat currency, you need to rely on a trustworthy authority such as the European Central Bank (ECB) or governmental institution to serve as an intermediary that vouches for the currency’s worth.

Either way, buyer and seller trust that the currency will still sustain its value after a transaction.

What is fiat money?

Commodity money gets its value from its own worth, like with precious metals (e.g. gold and silver), salt, or even shells. Fiat money has attributed value because a government declares it legal tender - it has no intrinsic value.

Cryptocurrencies are digital assets that are a medium of exchange between two parties. They allow direct transactions between individuals without the intervention of an intermediary, such as a bank. While fiat money is subject to inflation and central banks can print more at any time, the leading cryptocurrency Bitcoin has a fixed supply of 21.000.000 units, making it even scarcer than gold.

Are cryptocurrencies and fiat money the same?

Cryptocurrencies are money insofar as they allow exchanges between two parties and act as a store of value. However, they also offer features which the traditional money system is unable to offer right now: cryptocurrencies can be spent and received by anyone, anywhere, at any time throughout the world and without the need for a bank or a government. This is the most revolutionary aspect of cryptocurrencies.

Furthermore, fiat money basically equates to debt. When a central bank issues banknotes, it is simultaneously issuing you, the consumer, a percentage of your government’s debt. How is this the case, you might logically ask? Think about how, for example, the EU and the United States create money.

Fiat money has attributed value because a government declares it legal tender - it has no intrinsic value.

Most of the money a government creates is when loans are taken out. Banks create money when people borrow money. Take the case of the US dollar: if no loans were taken out, there likely wouldn’t be any dollars in circulation either. In other words, without consumers taking out debt to banks, the US dollar wouldn’t be out there in the world.

While fiat money seems to get a major part of its value from debt, this is not the case with Bitcoin. Bitcoin has intrinsic value beyond the trust of its community. Bitcoin doesn’t lean on a system of debts, its value boils down to how effective it is as a medium of exchange.

Cryptocurrencies can be spent and received by anyone, anywhere, and at any time without the need for a bank or a government. This is what makes them so revolutionary.

Bitcoin has created a new form of trust for our future global monetary system. The system behind Bitcoin is completely transparent and based on maths and the actual consensus of the everyday user. Keeping all this in mind, which is a better option for our future? Bitcoin or fiat?

What is commodity money?

The difference between fiat money and cryptocurrencies

Is our money based on debt?