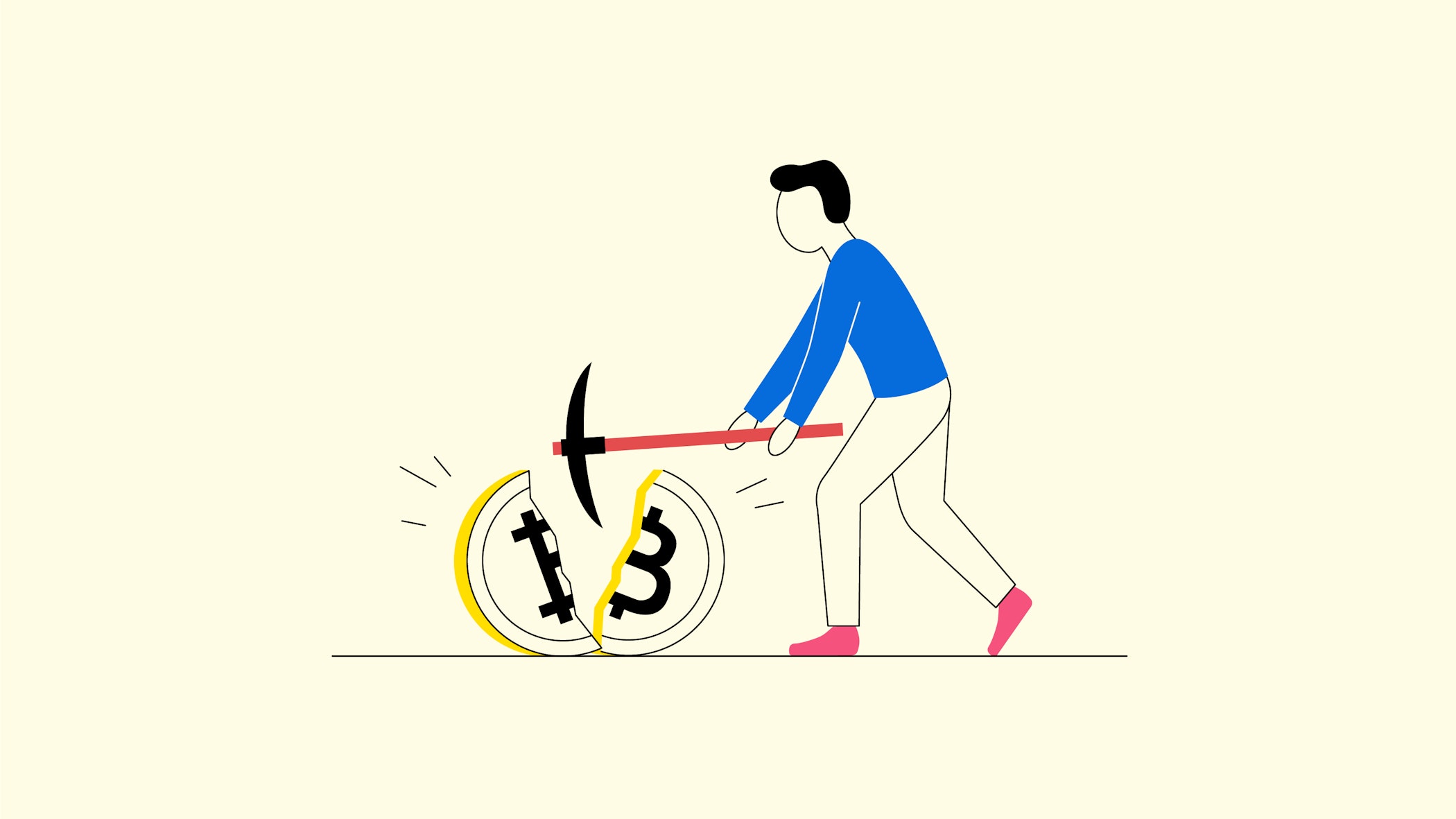 A Bitcoin halving is a condition set in Bitcoin’s protocol that requires the Bitcoin block reward to be cut in half every 210,000 blocks or approximately every 4 years.

In this lesson, you are going to learn about Bitcoin halving.

What is a halving?

As you have learned in previous lessons of the Bitpanda Academy, cryptocurrencies like Bitcoin based on proof-of-work algorithms are produced by miners in the Bitcoin network mining new coins.

The purpose of Bitcoin halving, along with the fixed total supply, is to decrease the quantity of new coins entering the Bitcoin network.

How does Bitcoin halving work?

A halving event is coded into a blockchain protocol from the launch of its genesis block, provided that the network is proof-of-work-based. Fundamentally, this recurring event is specified in only two lines of code, one of which states when a halving happens, while the other specifies when the blockchain involved should stop halving, which for Bitcoin is after 64 times.

The most recent Bitcoin Halving event took place on 12 May 2020. When the Bitcoin blockchain reached the block the halving was tied to, the event was executed almost instantly and the block reward was decreased by half effective immediately.

In late 2012, the first halving dropped Bitcoin’s block reward from 50 to 25 BTC. Four years later, Bitcoin’s second halving reduced the network’s block reward by a further 50% to 12.5 BTC. After the most recent halving, the block reward is now 6.25 BTC per block.

While there are general expectations of a Bitcoin price jump during the time of a halving, such a development is by no means a certainty. Basically, this expectation is tied to the law of supply and demand and that an item’s relative price increases upon a decrease in the item’s supply, while other factors influencing Bitcoin price development are equally significant, such as sustainability of mining operations.

At a predetermined point, the network will move away from block rewards entirely and fund mining through transaction fees alone. All in all, the long-term future of the Bitcoin network depends on the adoption of technology, regulatory developments and numerous other factors. Any far-reaching projections on value and use-cases are more speculative than anything else.

What the Bitcoin Halving means for beginners

What the Bitcoin Halving means for investors

What the Bitcoin Halving means for miners

Five lessons we learned from past Bitcoin Halvings