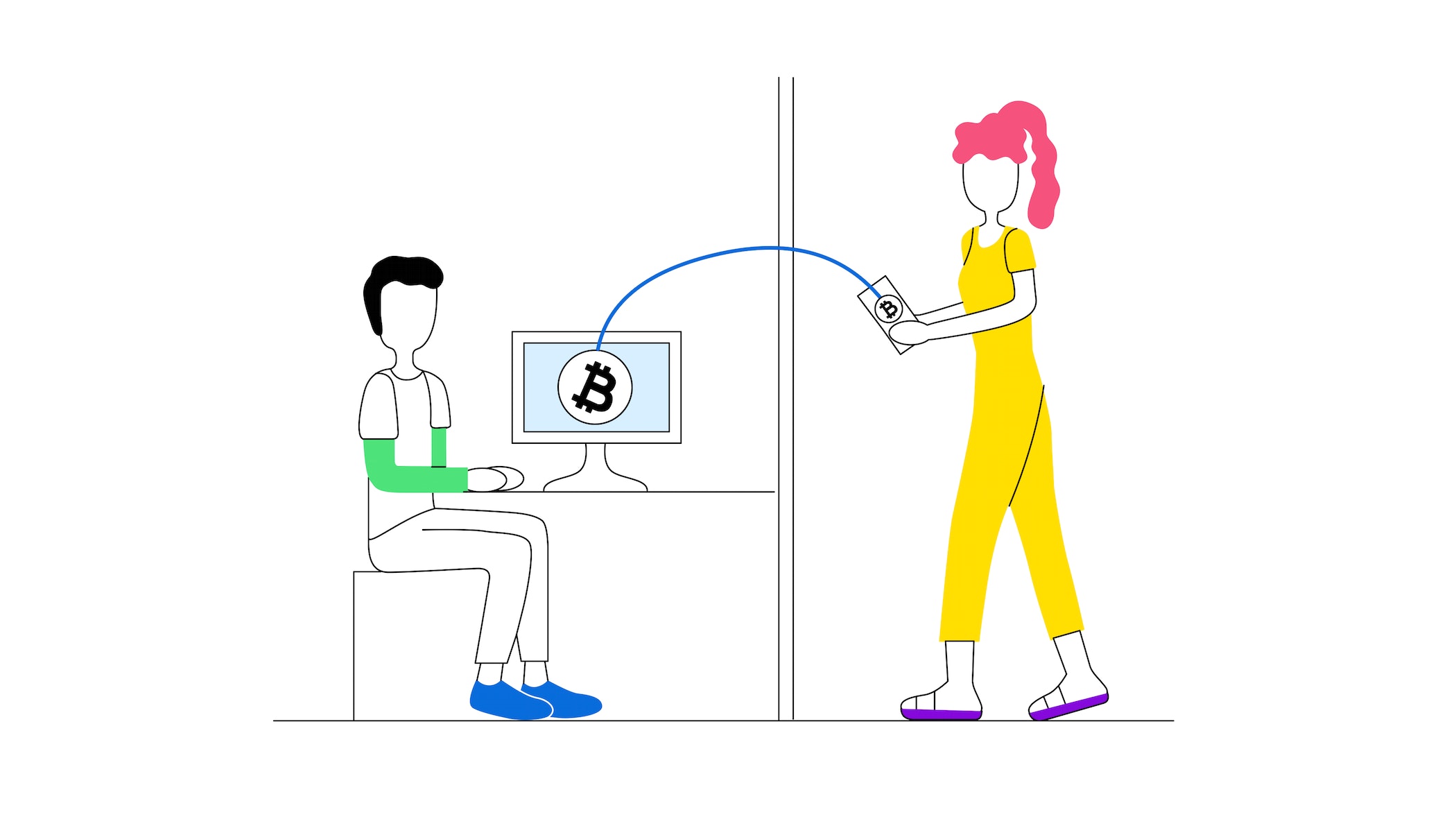 Bitcoin (BTC) is the world’s first cryptocurrency that paved the way for all other cryptocurrencies to follow. Created in 2008 by Satoshi Nakamoto, Bitcoin is currently the best-known and most popular cryptocurrency in circulation.

Bitcoin is a digital currency that was created to establish a peer-to-peer electronic payment system that enables one party to send a payment to another party without having to go through a central authority like a financial institution. Next to functioning as a currency, some treat Bitcoin as an investment and buy it on exchanges like they would stocks, with the expectation that the value will increase over time. Since Bitcoin is a decentralised community and an open source project, anyone can join and participate in its development.

BTC is the exchange code of Bitcoin. It’s often used in place of the full written out version, Bitcoin (BTC) because it’s space-saving. In the media you often see Bitcoin and BTC being used interchangeably.

The idea for Bitcoin was conceived by a person or a group under the pseudonym Satoshi Nakamoto. The open source project was outlined in a white paper titled Bitcoin: A Peer-to-Peer Electronic Cash System. Within the first few weeks of January 2009, Bitcoin had completed the first major steps: mining, i.e. the creation of the first coins, had begun; the coins went into circulation and the first transaction using only Bitcoin was completed. Another big milestone was reached on May 22, 2010, when someone online paid someone else to buy them a pizza in Bitcoin, which is now known fondly as Bitcoin Pizza Day.

How does Bitcoin work?

Bitcoin runs on a technology known as a blockchain, which is a digital ledger where Bitcoin can be securely stored and exchanged. The trust in Bitcoin is vested in the fact that all transactions are recorded and visible in the Bitcoin blockchain.

Bitcoin transactions and the creation of new Bitcoin are validated through a process called mining. Mining relies on software applications that run on specifically designed computers. Transactions trigger the opening of a block, the transaction information is entered, and the block closes and creates a hash number that includes the encoded details from the transaction. Each new block contains information from the previous block to create a chain that cannot be manipulated or altered and ensures that no one can spend the same unit of the currency twice. A Proof-of-Work (PoW) system, in which the computers need to prove the energy expended in the mining process, ensures that everything is valid and correct.

How to buy Bitcoin?

People who want to buy Bitcoin can do so through cryptocurrency exchanges like Bitpanda using fiat currencies, e.g. euros or U.S. dollars. It’s a good idea to first get familiar with the Bitpanda price history and the current exchange rate. Once purchased, your Bitcoin investment can be viewed and accessed in a digital wallet that acts similarly to a banking app. You then have the option to hold on to your Bitcoin or sell it again via the exchange.

What is the Bitcoin price history?

Bitcoin is considered to be a highly volatile asset and its price has fluctuated through many highs and lows throughout its existence. In 2011, the price for one Bitcoin started at around €0,29 and increased to around €5,13 that year. The price started at around €12,95 in 2013 and increased to €749,99 by the next year. After that, the cryptocurrency market experienced a turbulent dip. Though Bitcoin reached its first all-time high of circa €19.269 in December 2017, the price decreased by 81% by the start of 2019. At the moment Bitcoin is experiencing an average daily high of €19,945.70. The all-time high of the Bitcoin price was on November 10, 2021, at around €66.233,02.

Where can you use Bitcoin?

Bitcoin is primarily used as a peer-to-peer payment system between individuals, however, the places where you can use Bitcoin have expanded in recent years. More and more businesses, from large corporations like Expedia to small and medium-sized businesses (SMEs), accept Bitcoin as a digital payment. Countries are also slowly embracing Bitcoin: El Salvador is one of the first to have adopted Bitcoin as an official currency. Currently one of the easier ways to use Bitcoin is to load it onto a cryptocurrency debit card and use that on goods and services or to withdraw cash from ATMs.

What are the risks involved with Bitcoin?

The biggest concerns connected to Bitcoin are risks related to hacking, fraud and the lack of regulation. The cryptocurrency market is highly volatile and the Bitcoin price can fluctuate greatly. Due to its unprecedented boom, regulation for Bitcoin and other cryptocurrencies has also been slow to be developed, leaving large portions of the market unregulated. This can lead to pump and dump schemes, where small groups of investors put a lot of money into cryptos like Bitcoin to artificially inflate the price, only to later sell it at a profit before the price falls again.

Though hacking is uncommon thanks to the security of blockchain technology, there are Bitcoin-related crimes where scammers will ask you to pay in Bitcoin or offer you a too-good-to-be-true way of making more Bitcoin. Here it is advised to use your best judgement and to only buy Bitcoin through verified exchanges.

Why is Bitcoin popular?

As the world’s first cryptocurrency, Bitcoin has retained its status of being the most widely known and therefore most widely accepted and used cryptocurrency. Bitcoin there receives nearly limitless attention, from its loyal followers and communities, neverending media coverage and high-profile celebrity endorsements. This is because Bitcoin has had time to establish itself and prove its worth as a viable alternative currency. When celebrities like Elon Musk talk about the coin, it only reinforces its credibility. This is how Bitcoin has become more than just a payment system. It’s now close to a lifestyle for some people, who spend most of their time trading and talking about Bitcoin online.

Can Bitcoin be used for nefarious purposes?

Just like traditional fiat money, Bitcoin is also used by criminals. However, unlike transactions with paper money, Bitcoin transactions can be viewed and traced by anyone. Despite Bitcoin often being associated in the media with the dark net and underground activity, the cryptocurrency is poorly suited for such purposes. There are specialised companies that help government agencies track shady cryptocurrency transactions. The fact that the Bitcoin public ledger is transparent and all transactions are visible creates trust in a world full of deception.