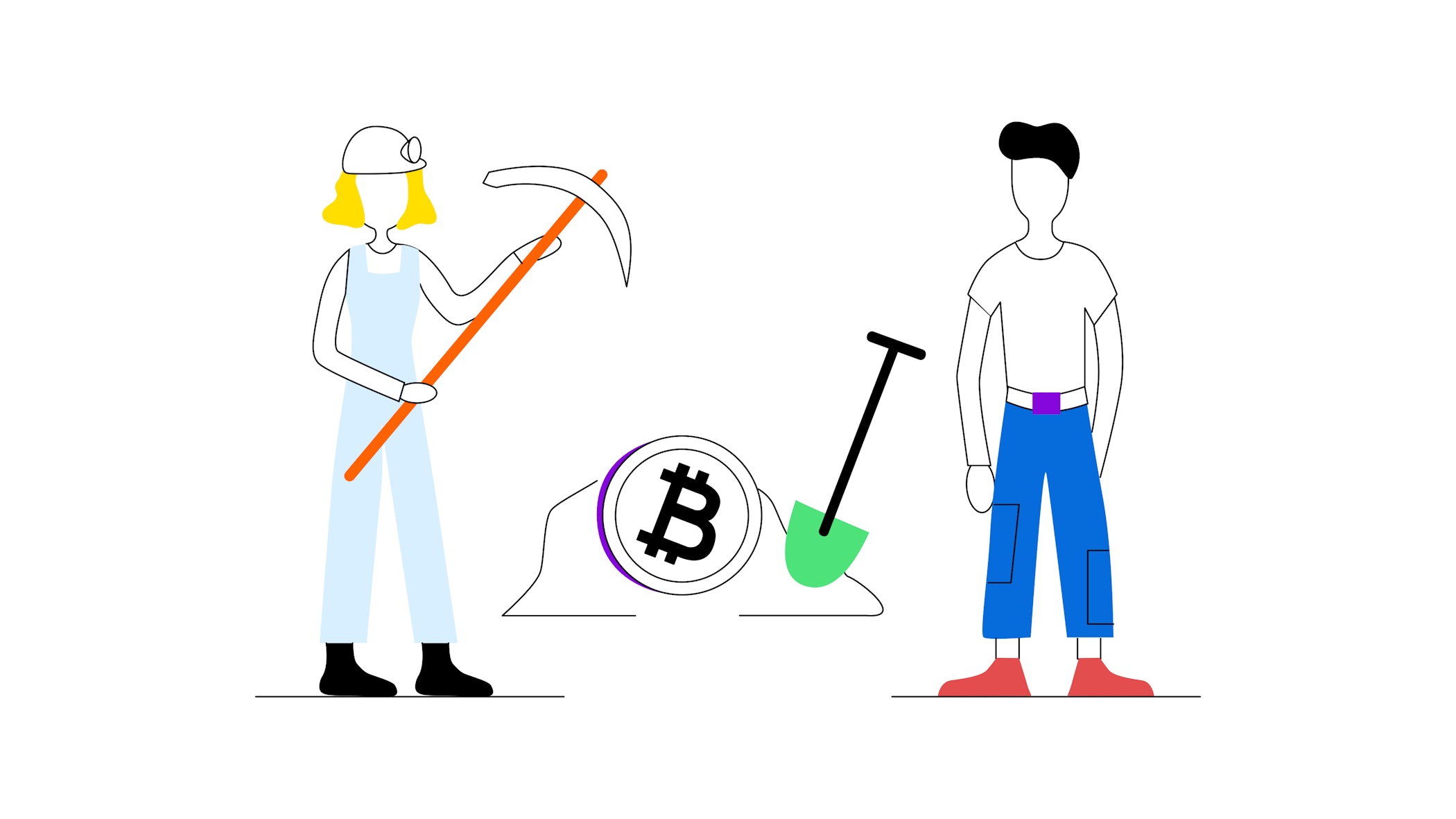 Mining is an essential activity in the Bitcoin network. It is the way the peer-to-peer network verifies transactions and reaches common consensus without requiring a central authority.

In this lesson, you will learn the basics of Bitcoin mining.

In lesson 3, you learned that the tamper-proof technology that powers Bitcoin and blockchains in general, is based on a decentralised ledger that is not updated by a single computer, but simultaneously by thousands of devices around the globe.

What is the purpose of Bitcoin mining?

Mining ensures that only legitimate transactions are verified in the blockchain of any given cryptocurrency. Mining is the process of providing a stable settlement mechanism to the network of a cryptocurrency.

“Miners” of cryptocurrencies such as Bitcoin are computer owners who allocate their computing power to the peer-to-peer network.

Miners are computer owners who contribute their computing power and energy to the network of a “proof-of-work” based cryptocurrency like Bitcoin. The first miner to validate a new block for the blockchain receives a portion of the currency that is mined as a reward. This remuneration is called a block reward.

How does the process of mining Bitcoin work?

We already talked about how the Bitcoin blockchain works. Miners’ computers (called nodes) constantly collect and bundle individual transactions from the past ten minutes (the fixed “block time” of Bitcoin) into blocks. The computers then compete to solve a complex cryptographic puzzle to be the first to validate the new block for the blockchain.

The goal of every miner in the network is to solve this puzzle first. As a reward for their efforts, the first miner to find the solution gets a specific amount of newly minted bitcoins.

One miner is always the first to find the correct solution. This is then broadcast to the entire network and the other nodes check if the solution is correct. If everything is in order, the new block is added to the blockchain.

Block rewards give everyone in the network the incentive to participate in the process and to keep it running properly.

Without some form of mining, blockchain technology the way we know it wouldn’t function.

As more and more units of Bitcoin are mined, the difficulty of these cryptographic puzzles increases. This means miners have to increase their computational power to continue earning the same amount of Bitcoin for solving puzzles.

The puzzle-solving mechanism is necessary to protect the Bitcoin network from being compromised by attackers. For example, if anyone wanted to reverse transactions in the Bitcoin blockchain, this would take 51% of the whole network’s computing power (= 51% attack).

However, such a heist would be quite an expensive and fruitless endeavour because it would be very difficult to modify transactions that were validated before the attack - the older a transaction, the more difficult it would be.

Further, the Bitcoin protocol stipulates that there will never be more than 21,000,000 bitcoins. This means that the Bitcoin supply is finite and the complete supply is fixed, potentially adding to its value as a result of scarcity.

When all bitcoins have been mined, miners will no longer be rewarded with newly minted units but with a fraction of the transaction costs paid by others using the network.

What happens to Bitcoin after all 21 million are mined?