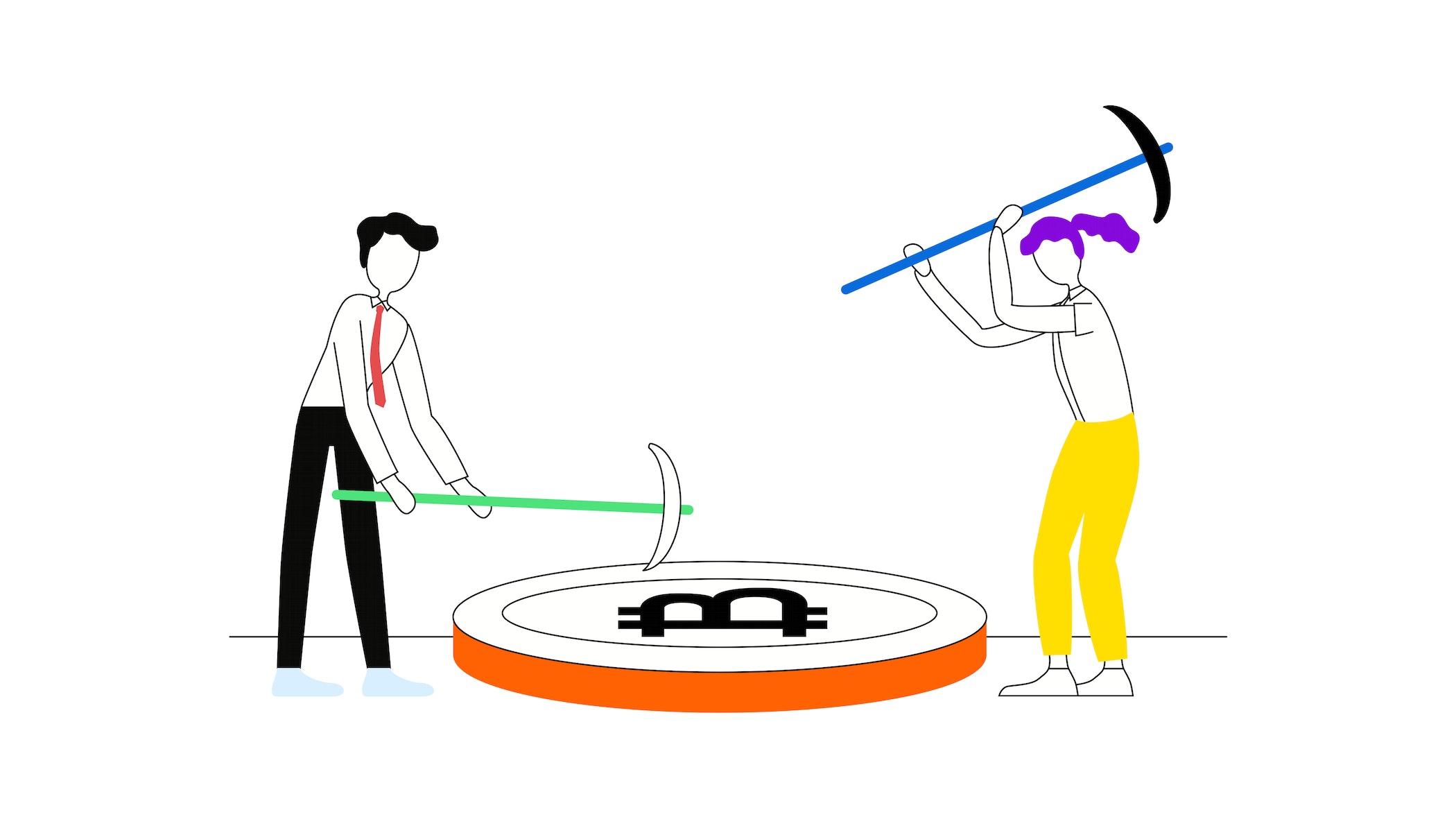 Miners to pool their resources together in mining pools to get more consistent payouts. Rewards for solving blocks are paid out according to how much processing power someone contributed to the pool.

In this lesson, you will learn what mining pools are and how they work.

Satoshi Nakamoto dreamed of a world in which everyone could act as a miner to secure the Bitcoin network and can get freshly mined bitcoins as a reward. In reality, things played out a bit differently. As the Bitcoin network grew, individuals had to invest more and more into their computing power to be able to actually get meaningful rewards from the process.

Simultaneously, the type of hardware needed to mine became more and more complicated and, consequently, hardware costs continued to rise for Bitcoin miners.

As the Bitcoin network grew, individuals had to invest more and more into their computing power to be able to actually get meaningful rewards from the process.

Slush, a user in the BitcoinTalk forum who was watching this trend, realised that it would be a good idea to join forces with other miners and form a ‘pool’ to increase the chances of receiving block rewards. So he founded “Slush Pool,” also known as ‘Bitcoin.cz Mining,” out of the Czech Republic on November 27, 2010.

Since the early days and the foundation of Slush Pool, Bitcoin mining has actually turned into an own industry of its own. Today, it is no longer possible to solve a Bitcoin block with a regular computer as the process requires special ASIC units specifically designed for the sole purpose of mining bitcoin and events such as Bitcoin halving highly affect miner revenue and increase the significance of transaction fees.

In a nutshell, ASICs stands for “application-specific integrated circuits” that have been designed for one particular use, such as mining of bitcoins.

With this in mind, the chart above shows how the current balance of power across the Bitcoin mining space plays out. Note that each of those pools usually consists of thousands of individual miners from across the world. The exact number of individual computers contributing to the network is hard to tell, but according to an estimate a Quora user calculated based on performance in May 2019, there are around 3,800,000 (3 million and 800 thousand) machines involved around the globe.

Therefore, it’s easy to see how the argument could be made that the Bitcoin network is not perfectly decentralised. At the same time, it’s reasonable to question whether true decentralisation is even possible in any context. About ten to fifteen mining pools run the vast majority of the network.

As Bitcoin was envisioned by Satoshi Nakamoto as a method of processing transactions that would ensure financial power would not become too concentrated in the hands of a few, the network is a fair playing field for all participants as long as decentralisation remains sufficient.

Still, as long as the distribution of hashing power is reasonable and individual pools remain well below running 51% of the network, this is good news. As Bitcoin was envisioned by Satoshi Nakamoto as a method of processing transactions that would ensure financial power would not become too concentrated in the hands of a few, the network is a fair playing field for all participants as long as decentralisation remains sufficient.

What is a mining pool?

What are Bitcoin mining pools?

How does Bitcoin mining work?

How does cloud mining work?

What is a cryptocurrency mining pool? Everything you need to know

How to Choose a Cryptocurrency Mining Pool