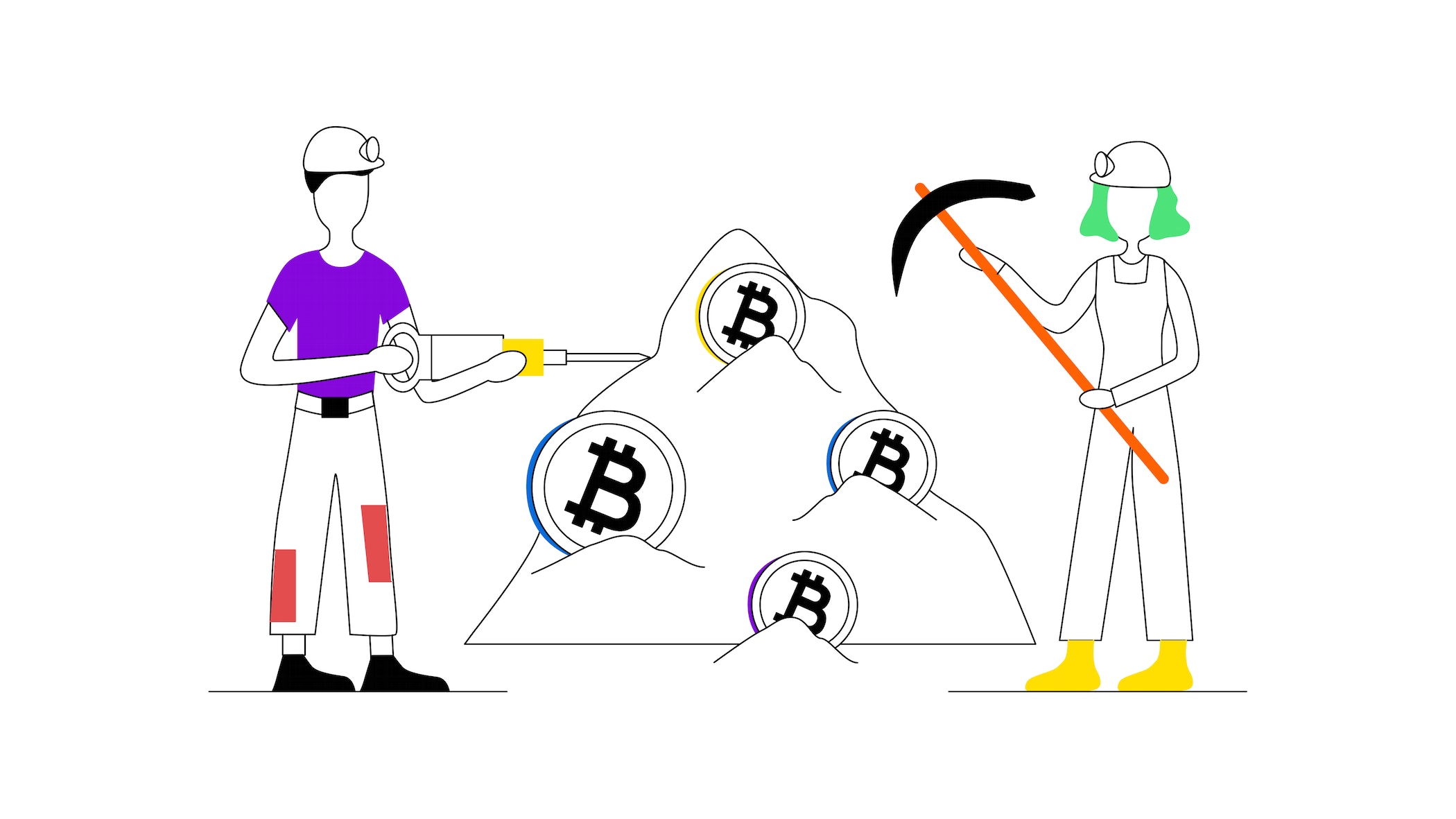 The mining difficulty of a cryptocurrency such as Bitcoin indicates how difficult and time-consuming it is to find the right hash for each block.

In this lesson, you will learn the basics of mining difficulty.

As a cryptocurrency like Bitcoin becomes more popular, the number of computers participating in its peer-to-peer network increases. Miners compete against each other for limited block rewards. With more participants and more computing power, the so-called “hashpower” of the entire network increases accordingly.

This is also referred to as the mining difficulty or difficulty, which is easier to understand once you grasp the basics of Bitcoin mining. You already learned that Bitcoin transactions are stored in blocks, which are added to the blockchain every 10 minutes (= 600 seconds).

To maintain the time it takes to process one block at around 10 minutes, difficulty has to be adjusted periodically.

Mining difficulty in the Bitcoin network is adjusted automatically after 2,016 blocks have been mined in the network. An adjustment of difficulty upwards or downwards depends on the number of participants in the mining network and their combined hashpower.

Mining equipment has evolved considerably since the beginnings of Bitcoin

Usually, block rewards consist of new coins or tokens native to a blockchain network such as Bitcoin. In a mining pool, block rewards are split among participants in proportion to their share of computing power in the mining pool. This way each participant is adequately invested in the process.

Bitcoin mining is like searching for a needle in a haystack. Many hashes are created by Bitcoin code, but only one of them is the right one.

We already know that “mining” for digital currencies is like searching for a needle in a haystack rather than actually digging for gold. There are other differences, too.

Unlike gold, of which there are still undiscovered deposits all over the planet (and in space), Bitcoin has a limited and finite number of 21 million units. As of now, more than 85% of all bitcoins have already been mined, and it is estimated that the last bitcoin will be mined by 2140.

What happens to difficulty when the last bitcoin has been mined?

After all 21 million bitcoins have been mined, miners will still need to contribute to the Bitcoin network in order to keep it running. New blocks will still be generated, but the rewards will change. Instead of getting new coins as a block reward, miners will receive a share of the transaction fees spent by people who send transactions within the network.

When Will the Last Bitcoin Be Mined?

Difficulty Tracker of the Bitcoin blockchain