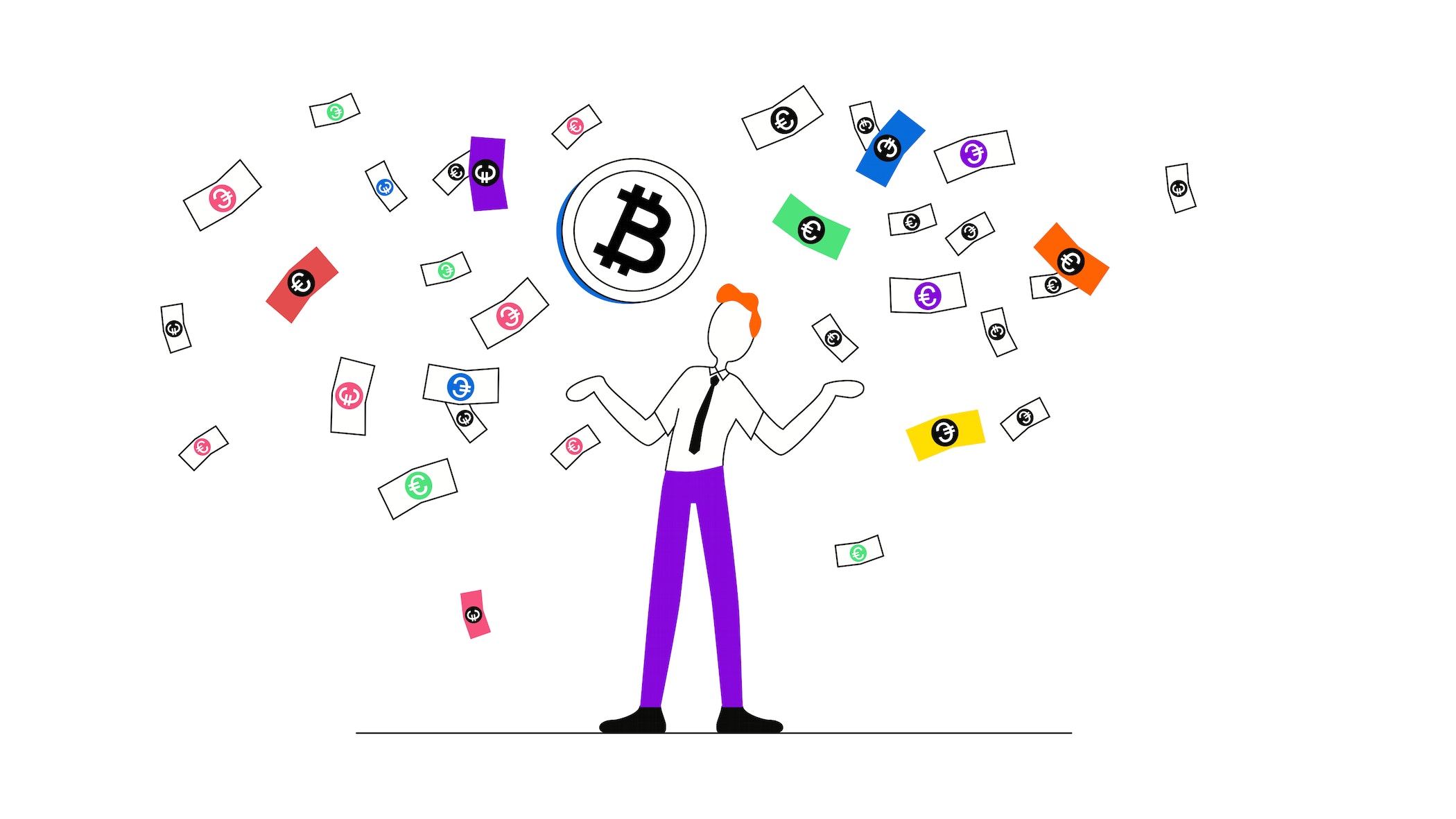 Unlike fiat currencies, such as the Euro or the US-Dollar, the value of Bitcoin (BTC) is not defined by a single entity like a central bank. Instead the price is defined by supply and demand, or in simpler terms, by the price people are willing to pay for it.

In this lesson, you will learn what determines the Bitcoin price.

Demand depends on a number of factors, such as global events including price declines and advances in prices of stocks and bonds and economic developments on a global scale, such as the ongoing trade war between the United States and China.

However, unlike monetary policy in countries with fiat currencies, which are subject to change in line with political and economic developments, the Bitcoin ecosystem is a fully decentralised monetary system. No one central authority regulates the monetary base, therefore the creation of bitcoins follows detailed rules in a very strict protocol, which we’ve detailed for you below.

The rules the Bitcoin network follows

A new block is added to Bitcoin’s blockchain every 10 minutes after consensus in the network has been reached by all network participants on the validity of a block.

A new block is added to Bitcoin’s blockchain every 10 minutes after consensus in the network on the validity of a block has been reached by all network participants.

All transactions in the Bitcoin network have been following a precise and inalterable process since Satoshi Nakamoto created the first block called the ‘Genesis Block’. The only provision in the Bitcoin protocol that entails a change from time to time is the block reward amount that miners get, in a process called “Block Reward Halving”.

Why is the Bitcoin price volatile?

Bitcoin has the highest trading volume among cryptocurrencies, but it’s still a small market compared to other global markets. This means that prices make bigger moves up or down with less money involved. If Bitcoin were to have the same trading volume as, for example, gold, then its behaviour would be very similar in terms of volatility.

As there are only a limited number of bitcoins in circulation and the creation of new bitcoins follows strict rules with a consistently decreasing output (because of shrinking rewards for miners), demand would have to follow the deflationary behaviour of Bitcoin to even theoretically keep prices stable.

News events that are detrimental or beneficial to the reputation of Bitcoin, uncertainty in the future intrinsic value of the cryptocurrency as a store of value, currency risks for large holders of Bitcoin regarding liquidation as well as security breaches may also influence the Bitcoin price.

If Bitcoin had the same trading volume as, for example, gold, its behaviour would be very similar in terms of its average volatility.

Could the Bitcoin price go to zero?

Fiat currencies which are not used anymore are worthless except to collectors, who will probably still pay you good money for a 100 year-old piece of paper or coin. The worth of a currency is based on its perceived value.

It’s worth noting that currencies that are no longer used usually failed as a result of the introduction of successors or incidents like hyperinflation. Such developments tend to significantly devalue affected currencies. In the case of Bitcoin, hyperinflation is not possible as Bitcoin cannot be created arbitrarily and its production is fixed to a certain amount.

FUD: any type of news coverage that can potentially spread “Fear, Uncertainty, and Doubt”

In the end, the true causes of a decline in Bitcoin’s price are: political pressure, technological failures, and all sorts of media coverage under the umbrella term of FUD: any type of news coverage that can potentially spread “Fear, Uncertainty, and Doubt.” Until Bitcoin really reaches the majority of the world, we can keep expecting both significant price increases as well as significant price declines to occur - for now, volatility rules.

Why Bitcoin Has a Volatile Value

Bitcoin Price Volatility is Nothing to Be Scared of