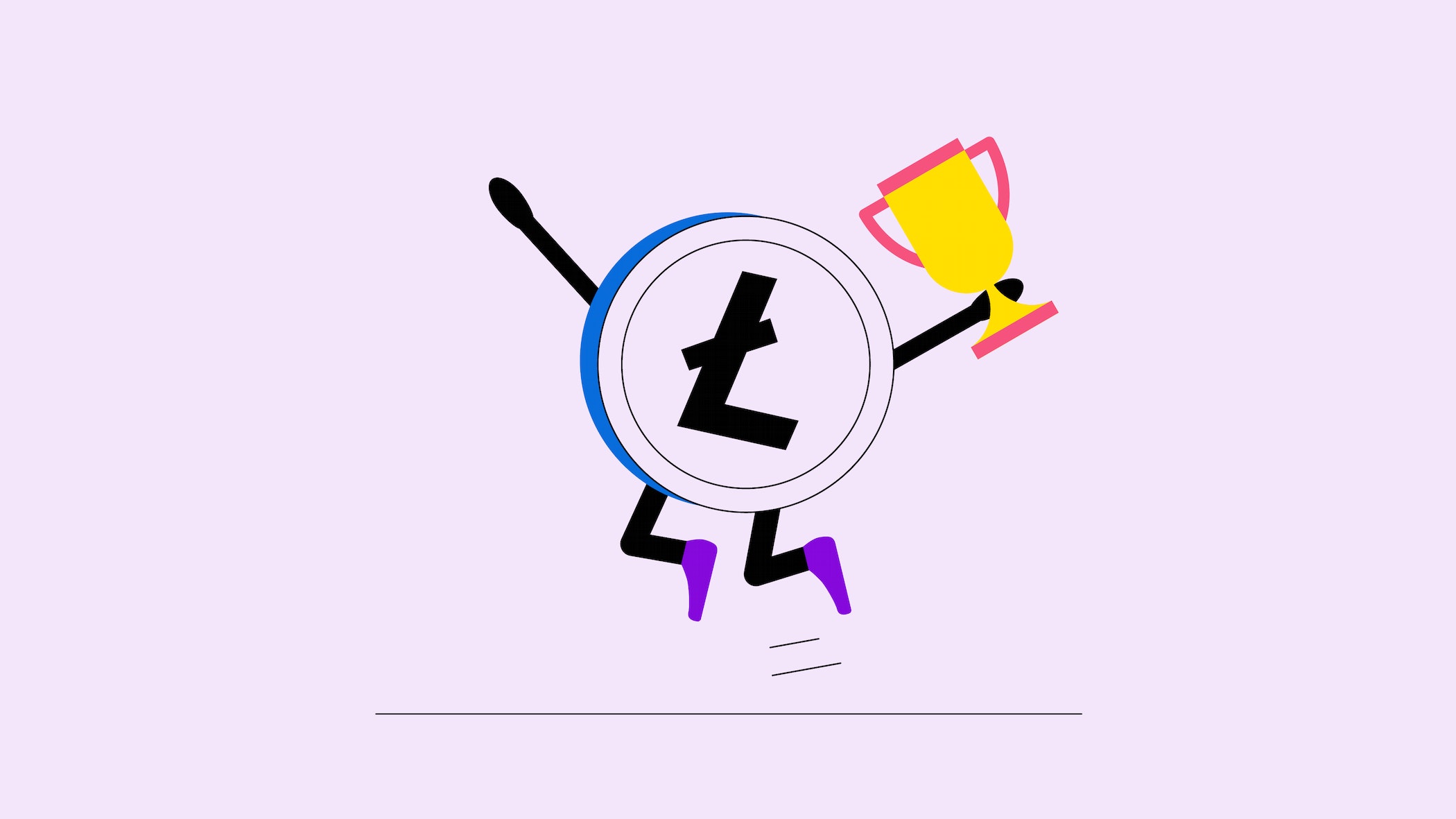 The cryptocurrency Litecoin is the result of a fork in the Bitcoin source code and is therefore one of the first altcoins to be created.

What are the differences between Litecoin and Bitcoin?

One of the key differences between these cryptocurrencies is that Litecoin mining uses far more computer memory than Bitcoin in order to encourage more people to mine it. Litecoin has a block generation time of 2.5 minutes, which is significantly lower than Bitcoin’s block generation time of 10 minutes. Furthermore, the maximum number of Litecoin that can ever be produced is far greater than that of Bitcoin: 84 million for Litecoin compared to 21 million Bitcoin. Every four years Litecoin is halved, meaning that the number of Litecoin is reduced by half in order to ensure scarcity and cap inflation.

Unlike Bitcoin, whose founder remains anonymous, the creator of Litecoin, Charlie Lee, is a well-known figure in the cryptosphere who regularly attends conferences and is very active on Twitter.

Litecoin employs a cryptographic algorithm called Scrypt that is used for mining Litecoin. The Scrypt algorithm artificially complicates the cryptographic puzzle that has to be solved in the mining process by adding randomly generated numbers. These numbers are called “noise” and act as an additional layer of protection. Scrypt mining requires fewer resources but more memory than Bitcoin mining. Bitcoin uses the SHA-256 hash function, whereas Litecoin uses sequential memory-hard functions for maximum security against attacks.

This proof-of-work algorithm was initially introduced by the founder of Litecoin in order to offer consumer-friendly mining and to prevent the computing power in the network from becoming dependent on the financial power of network participants. He wanted to avoid Litecoin requiring expensive mining equipment like ASICs. But Scrypt-compatible ASICs equipment has been introduced to the market anyway.

How does Litecoin work?

Litecoin runs on blockchain technology, which is a digital ledger where Litecoin can be securely stored and exchanged. Litecoin’s blockchain is a fork from the Bitcoin blockchain, meaning that Litecoin has its roots in the Bitcoin code.

Litecoin was the first cryptocurrency to activate SegWit (Segregated Witness), which “separates” the signature date from a transaction and then “witnesses” it for security, thus decreasing the amount of data. After the introduction of SegWit to the Litecoin protocol, Bitcoin followed suit a few months later. Consequently, Litecoin has served as a test bed for Bitcoin.

Litecoin also uses MimbleWimble, which is an innovative and highly efficient protocol that uses one multisignature for all inputs and outputs, based on “confidential transactions”. The protocol offers even further protection of privacy while greatly compressing the size of a blockchain.

How to buy Litecoin?

People who want to buy Litecoin can do so through cryptocurrency exchanges like Bitpanda using fiat currencies, e.g. euros or U.S. dollars. It’s a good idea to first get familiar with the Litecoin price history and the current exchange rate. Once purchased, your Litecoin investment can be viewed and accessed in a digital wallet that acts similarly to a banking app. You then have the option to hold on to your Litecoin or sell it again via the exchange.

What is the Litecoin price history?

Like other cryptocurrencies, Litecoin is considered to be a highly volatile asset and its price has fluctuated through many highs and lows throughout its existence. It’s important to do your own research before investing in crypto.

How to use Litecoin?

Litecoin is a digital currency that can be used for payments between peers and in some cases to pay for goods and services. It’s also an investment that can be stored in a digital wallet with the goal of its value increasing over time. Litecoin’s open-source technology, which is based on Bitcoin’s source code, also makes it a resource and inspiration for others who want to develop something similar.