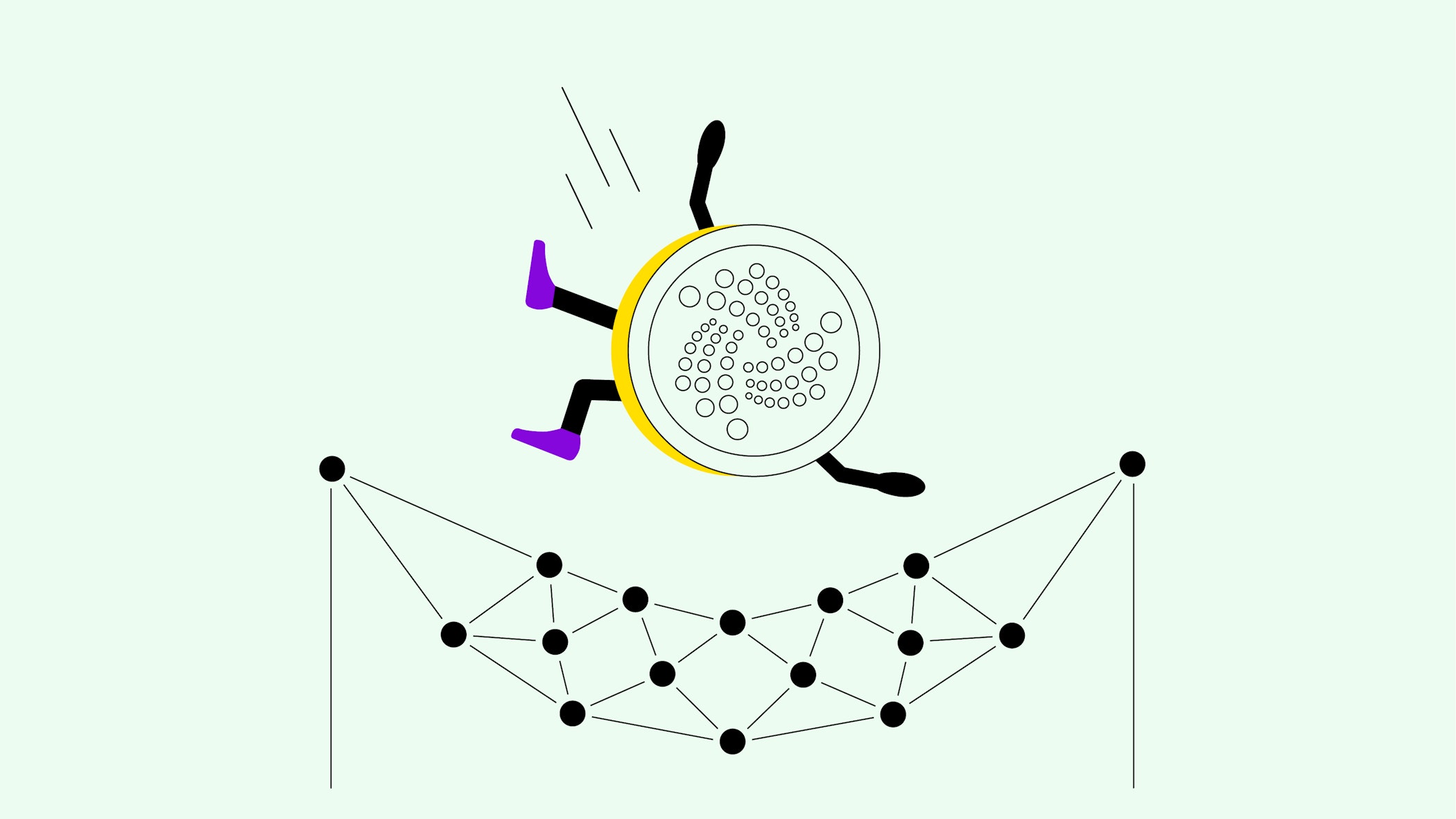 IOTA is the first open-source distributed ledger that is being built to power the future of the Internet of Things.

In this lesson, you will learn about the basics of IOTA.

The origins of IOTA

Like you learned in lesson 17 of the Beginners’ section of the Bitpanda Academy, IOTA is one of the most popular altcoin projects. The technology is based on the presumption that Moore’s Law - the performance of computers and technical devices doubles approximately every 18 months - is exhausted. However, the demand for computation keeps increasing.

The overarching purpose of IOTA is the creation of an environment where machines trade resources and services with each other without third-party intervention.

The IOTA project is the first open-source distributed ledger that is being built to power the future of the Internet of Things with the objective of enabling interrelated computing devices to autonomously conduct transactions in a trustworthy and secure environment, free of fees and without the need for human-to-human interaction.

The overarching purpose of the project is the creation of an environment where machines trade resources and services with each other without third-party intervention, such as devices in smart homes and smart city technology.

The protocol underlying the IOTA network is called the Tangle. It was developed as an alternative to and advancement of regular blockchain architecture, which the founders of IOTA believe does not meet the scaling, speed and cost requirements of the rapidly increasing number of devices that make up the Internet of Things.

The Tangle is fundamentally an open-source distributed ledger without the chain and the blocks of a blockchain. In closer detail, IOTA Tangle tries to use the full extent of its data structure which is based on a directed acyclic graph (DAG). However, in its present form, IOTA is not a decentralised currency, since the security of the system is partly based on a central instance, the so-called “coordinator” which IOTA claims was planned as a temporary system of checks until the adoption of IOTA picks up further.

The IOTA Tangle tries to utilise its data structure based on an arrangement similar to one-way streets.

The vertices in the structure don’t resemble computers but the transactions that are connected to each other by so-called edges - think of these edges like arrows. In a directed acyclic structure, information that has already passed between two nodes does not pass these nodes a second time. This type of arrangement is called topological ordering.

Validation of transactions in the Tangle

Validation of IOTA transactions is also different to mining in the Bitcoin network. In order to make a transaction, each network participant is required to actively participate in the consensus of approving the past two transactions in the network - there are no miners.

As each transaction is represented by a vertex, a new transaction is dispatched into the Tangle and selects two previous transactions to approve, thus adding two further edges. The more users in the network, the higher the speed.

With this design, IOTA is working on getting rid of bottlenecks of the blockchain that result from the diametrically opposite interests of miners and users sending transactions. There is no need for the creation of mining pools in the Tangle, as validators and users are one and the same party and no one is compensated for the process in transaction fees or block rewards.

Also, thanks to the Tangle, potentially 5.6 million IOTA transactions can be carried out with the same amount of energy that is required for one Bitcoin transaction.

IOTA is the smallest indivisible unit of the currency and is pre-mined with a total supply of 2,779,530,283,277,761 tokens that were minted on the genesis transaction and distributed pro-rata in an ICO. That means you can never have less than one IOTA, unless the number is zero.

The MIOTA scale is used by exchanges - one MIOTA means one million IOTA and the price of IOTA is usually quoted in MIOTA. Thus, one MIOTA is equivalent to 1,000,000 IOTA. The calculation of IOTA may also be in KIOTA, GIOTA, TIOTA and theoretically PIOTA.

The Tangle - an illustrated introduction