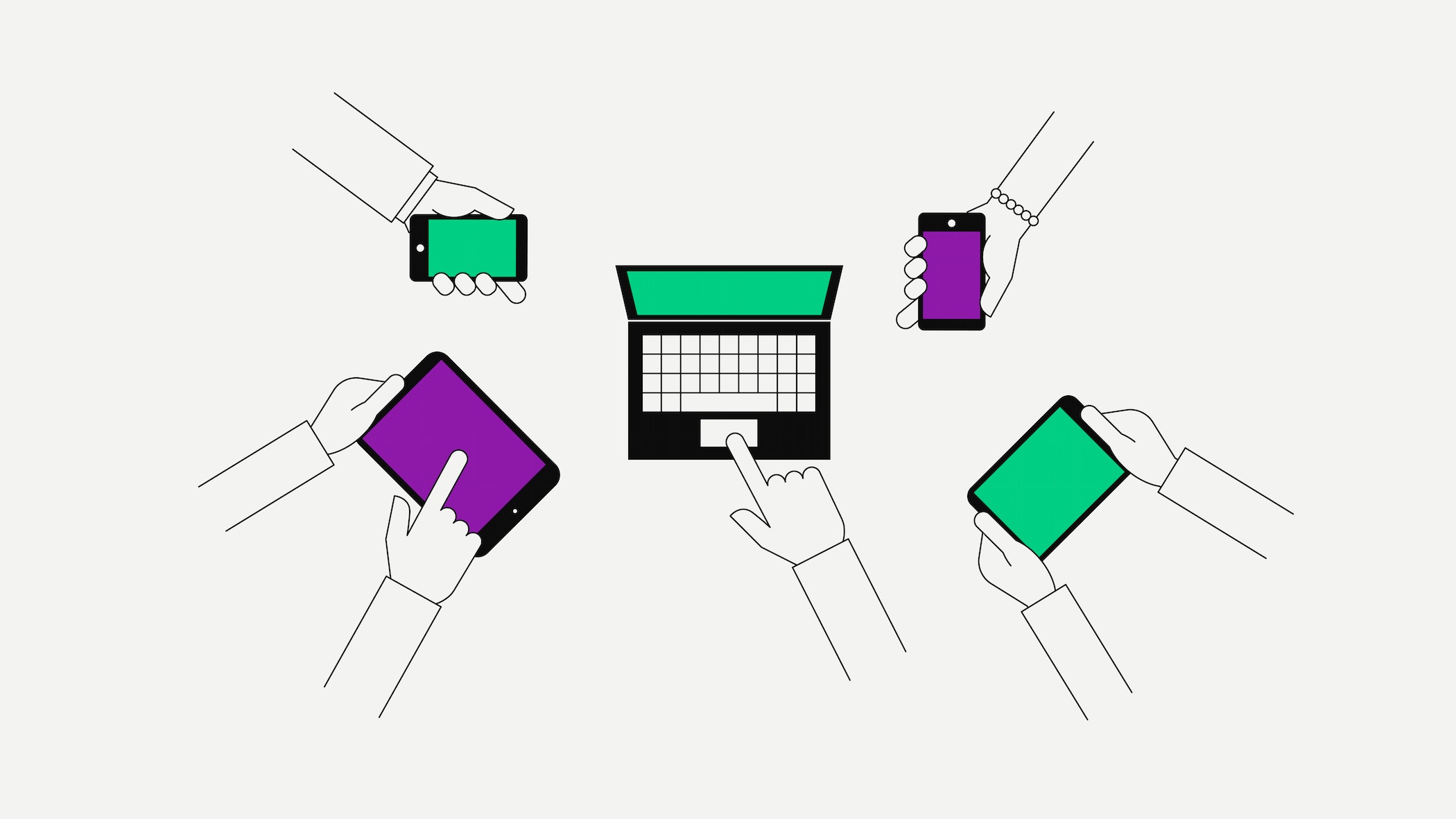 Decentralised finance (DeFi) has the objective to move technologies and processes involved in transactions into the hands of individual players rather than central institutions.

In this lesson, you are going to learn about decentralised finance (DeFi).

What are the origins of decentralised finance?

Like you learned in lesson 5 of the Bitpanda Academy’s expert section on DAOs, decentralised autonomous organisations (DAOs) are structures that are created for establishing fully-functional organisations while foregoing the need for hierarchical management. We remember: Bitcoin is often considered the world’s first DAO, however, it was the Ethereum network that fully developed the idea by supplementing DAO structures with DApps and smart contracts.

Making crypto payments with Bitcoin may be the oldest and best known example of a decentralised financial service. Another example involving Bitcoin and early DeFi is the Lightning Network, which was developed to increase transaction rates in the Bitcoin blockchain.

Decentralised finance involves transactions taking place directly between parties. These transactions are mediated by smart contracts which are community-maintained and open source. The open-source structure of Ethereum, in combination with its own programming language "Solidity" and employing the ERC20 token standard, enables the creation of payment tokens or utility tokens, which in turn use smart contracts or are linked to DApps or other smart contracts.

While decentralised finance just started gaining popularity after 2018, it is MakerDAO established by Rune Christensen, an entrepreneur from Denmark, as early as 2014 that’s regarded today as the world's largest and most popular credit platform. You will  read more about MakerDAO later.

Originally referred to as “Open Finance” rather than as “DeFi” for short as we know it today, an ever-increasing number of applications of decentralised finance is bringing a broad range of traditional financial instruments to the blockchain. Let’s take a closer look at why DeFi is booming and what the future may hold.

Why is decentralised finance (DeFi) important?

After the financial crisis of 2008 and following massive interventions by institutions during the crash itself and the aftermath, it became evident how dependent the world’s traditional financial structures are on a small number of key decision makers. Soon after, first ideas to provide trustless financial services followed suit with the publication of the Bitcoin Whitepaper in 2009.

Still it took more time for the launch of the Ethereum blockchain and the invention of smart contracts that paved the way for the world’s first decentralised applications (DApps). DApps are computer programs with their frontend component available on users’ computers and the backend component living on a blockchain. Remember: smart contracts are programmed on the distributed ledger and are executed automatically when certain events occur.

What are some advantages of DeFi?

Just like with other applications on the blockchain, the greatest advantages of DApps are that they are decentralised, meaning that they cannot be shut down by a central intermediary. DeFi projects run completely independently of banks or other platforms and are accessible from anywhere 24/7. All agreements in the peer-to-peer network are immutable and enforced by code. Most decentralised finance applications run on public blockchains and can be used by everyone. Hence, decentralised finance allows replicating pre-existing financial services in a more open, democratic and transparent way.

Decentralised finance has been gaining traction since 2019 along with rising numbers of crypto traders and increasing global interest in crypto trading. Crypto traders are looking to take their crypto holdings to the next level and to use their crypto to make extra income. This means that users who invest in crypto don’t only wish to “hodl” (to hold on to) their assets but are looking to utilise them to generate returns. To meet this need, a broad range of decentralised finance applications and numerous platforms are offering services such as loans, derivatives, staking, and more. Read on for descriptions of the most popular use cases of decentralised finance.

Instead of going to a bank to take out a loan, DeFi enables direct borrowing and lending in a peer-to-peer network.

Instead of going to a bank to take out a loan, DeFi enables direct borrowing and lending in a peer-to-peer network. Decentralised lending involves investing by lenders and borrowing by borrowers on platforms such as the MakerDAO we mentioned at the beginning of this article. Borrowing and lending is currently among the most widely-used DeFi applications, accounting for well over half of all transactions in DeFi.

Not to be confused with DAO Maker, which is a multi-investment DeFi platform, MakerDAO is a protocol based on Ethereum. The Maker DAO’s stablecoin DAI is a cryptocurrency with one unit of DAI representing the equivalent of exactly one US dollar at all times. While the value of most cryptocurrencies increases and decreases in value compared to fiat currencies such as the US dollar or euro, stablecoins aim to maintain a stable value. For this reason, many stablecoins are pegged to stable national currencies. However, an underlying asset can also be a whole basket of currencies or other assets, such as government bonds and commodities such as gold.

Besides its stable value, DAI has the advantage that it can be used around the world instantly and is decentrally distributed in the network. It can be used as a hedge against the inflation of national currencies by users living in regions with high inflation rates and sent around the world quickly and easily at a low cost. All users need is a wallet like MetaMask.

Another group of traditional financial products DeFi is increasingly applied to, is for the creation of derivative products, such as for shorting or leverage. Taking the borrowing of coins one step further, these can then be used to bet on the falling prices of cryptocurrencies which is referred to as “shorting”.

The borrower of a certain amount of cryptocurrency buys them at a certain price, waits for the price to fall until a certain price is reached, sells them at the new low price, buys back the amount they borrowed and returns them to the lender/owner. The profit they generate is the difference between the rate at which the coins were borrowed and the rate which they were sold at. Like any transaction involving derivatives, this type of transaction has inherent risks as an unexpected increase in price would lead to a loss.

Leverage also involves speculation on price movements and borrowing a certain amount of a cryptocurrency. For example, the trader could be holding a certain amount of crypto and borrow the same amount to invest, meaning they are investing twice the original amount. If the cryptocurrency price increases, they generate double the return, sell the coins they invested again, repay the loan and the interest and keep the remaining profit.

In any case, doing in-depth research and adequate assessment of risks are always key before getting started in any venture involving decentralised finance as a crypto trader.

Again, this type of transaction harbours high risks of its own: even if the price does not evolve according to plan as the loan has to be repaid in any case. This is where the term “margin call” comes into play: the lender may request reimbursement from a trader at an unfavourable time to deposit additional capital into their account or to close positions to bring the balance back to a minimum value which is also referred to as the maintenance margin, hence the term “margin call”.

Whether DeFi will supplant or just complement the legacy financial system remains to be seen. However, there are a number of issues that the world of decentralised finance needs to tackle in any event to ensure continued viability. Besides vulnerabilities regarding platform safety and high energy consumption, achieving cohesion in terms of regulatory measures is a challenge of its own and could lead to fragmentation of the industry. Governance risks and investor protection also harbour potential pitfalls. Code may be flawed and a project may turn out to be fraudulent or just another pump and dump scheme. In any case, doing in-depth research and adequate assessment of risks are always key before getting started in any venture involving decentralised finance as a crypto trader.

How to get started in DeFi

The simplest way for participants wishing to generate returns in traditional finance is setting up a savings account and depositing fiat to earn interest on their deposit. On DeFi platforms like Maker, on the other hand, crypto traders send their funds to the platform and lock them in or use them to provide liquidity for other users in liquidity pools, earning interest for providing their funds.

Unlike in traditional finance, there is no central entity in DeFi providing sufficient liquidity for transactions, therefore platforms rely on crypto traders as investors and are forced to incentivise them to use their funds for this purpose. Users wishing to borrow DAI via the platform deposit collateral (an amount pledged as security in case they fail to repay the loan) in ETH which they deposit into smart contracts.

While many DeFi projects are still hosted on the Ethereum blockchain, an increasing number of alternatives are entering the DeFi space. The disadvantages of projects running on Ethereum are high gas fees and network congestion, hence alternative projects may be more suitable for crypto traders on a smaller budget.

During staking, users lock their tokens into a smart contract to become validators on a network and ensure that no one is exploiting the network. The tokens - mostly a network’s native network - are used to secure the network's assets and users receive rewards for staking their holdings. The concept is similar to that of a time deposit at a traditional bank, which pays the user interest on the money deposited.

In our next lesson, we are going to dive deeper into the subject of staking.

What in the World is Decentralised Finance?

Defi and Traditional Finance are Forming An Unlikely Friendship