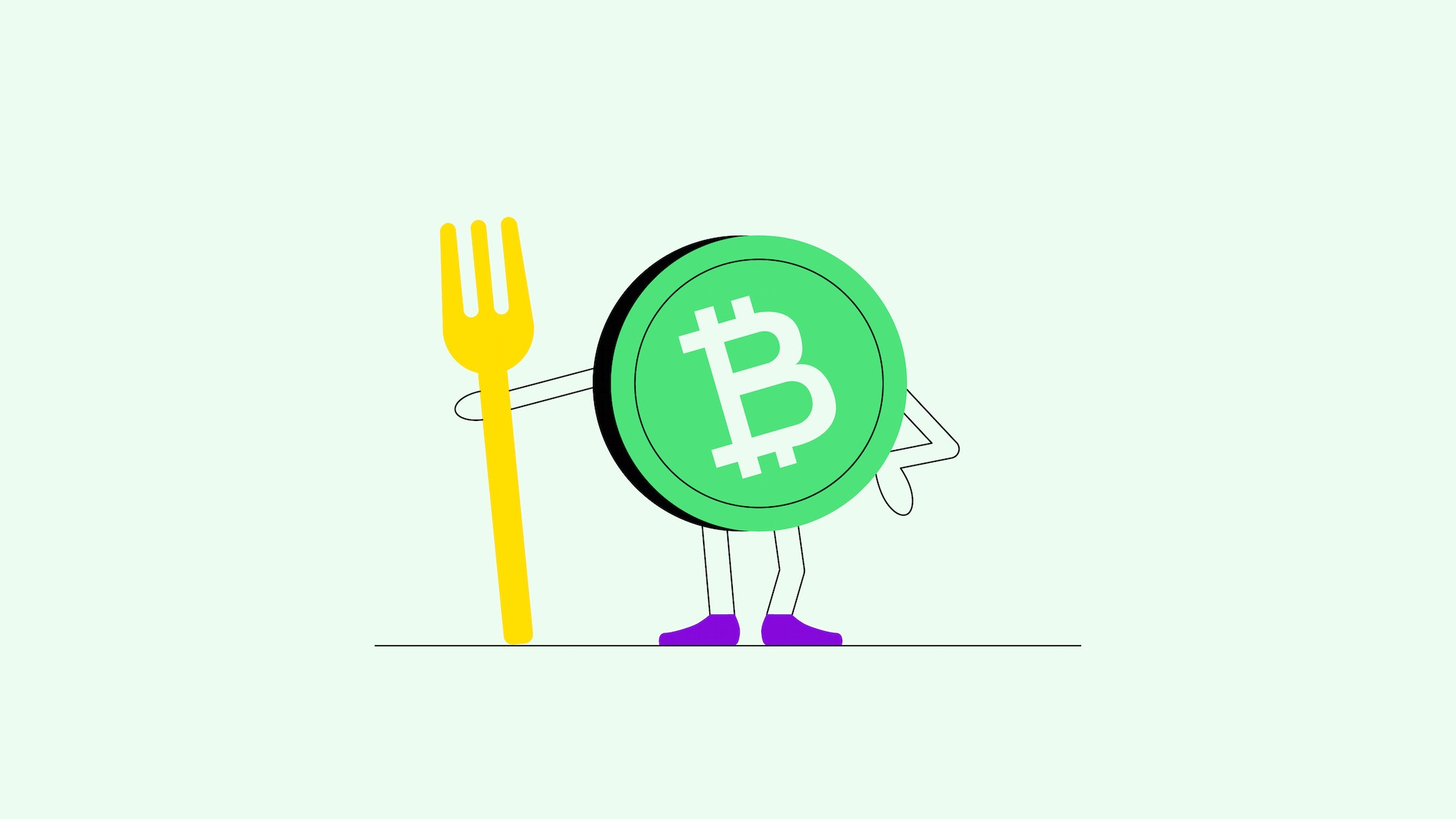 Bitcoin Cash (BCH) is an altcoin and the result of a hard fork of the original Bitcoin blockchain. Bitcoin Cash promises faster block times and lower transaction fees compared to Bitcoin and is currently one of the 30 biggest cryptocurrencies based on market capitalisation.

What is Bitcoin Cash?

An ongoing debate about the stability of Bitcoin led to a split of the coin on August 1st, 2017, resulting in Bitcoin Cash, a new crypto project based on the Bitcoin blockchain. The cryptocurrency issued by this blockchain is also called Bitcoin Cash (BCH).

Bitcoin Cash allows a block size of eight megabytes (compared to Bitcoin’s 1 megabyte) to increase the number of transactions that its ledger can process. Supporters of Bitcoin Cash have opted for on-chain scaling solutions such as the mentioned increase in block size, while supporters of Bitcoin (BTC) opt for off-chain scaling and second-layer solutions like the Lightning Network.

Based on market cap, Bitcoin Cash is among the top 30 largest cryptocurrencies and one of the most important altcoins to date. Still, Bitcoin Cash is not as easy to spend as Bitcoin because it does not have the same level of adoption amongst merchants.

How does Bitcoin Cash work?

Much like Bitcoin, Bitcoin Cash is a decentralised open-source network that uses a Proof of Work consensus mechanism to mine new currency and approve transactions. Miners earn Bitcoin Cash tokens as a reward for their work.

What further sets Bitcoin and Bitcoin Cash apart is the fact that Bitcoin Cash does not rely on the Segregated Witness Consensus Layer (SegWit) scaling solution that both Bitcoin and Litecoin, another forked Bitcoin altcoin, use to optimise transactions.

How to buy Bitcoin Cash

You can buy Bitcoin Cash through cryptocurrency exchanges like Bitpanda using fiat currencies, e.g. euros or U.S. dollars. It’s a good idea to first get familiar with the Bitcoin Cash price history and the current exchange rate. Once purchased, your BCH investment can be viewed and accessed in a digital wallet similar to a banking app. You then have the option to hold on to your BCH token or sell it again via the exchange.

What is the Bitcoin Cash price history?

Like other cryptocurrencies, Bitcoin Cash is considered a highly volatile asset. Its price has fluctuated through many highs and lows throughout its existence, and there’s no way to make a guaranteed BCH price prediction. As always, it’s important to do your own research before investing in crypto.

BCH performed well when it first launched after its fork from Bitcoin, achieving an all-time trading high of €3,314 on 20 December, 2018. Since then, Bitcoin Cash has been trading under €1,000, recently taking a further dip to under €500. Currently, BCH is trading at an average daily high of €121.77 and an average daily low of €116.39. Like Bitcoin, Bitcoin Cash’s circulating supply is capped at 21 million.

How to use Bitcoin Cash?

Bitcoin Cash is designed to function like a real-world digital currency to pay for goods and services. However, it is difficult at times to find users and merchants who actually accept BCH as a currency. In the long run, Bitcoin Cash will have to focus on widespread adaptation in order to fulfil its mission. For now, the use case for BCH is similar to that of other cryptocurrencies: It can be bought, sold and traded on crypto exchanges and be held in digital wallets as part of an investment strategy.

What are the risks with Bitcoin Cash?

An increased transaction speed can have its drawbacks. In the case of Bitcoin Cash, one of them is security. A blockchain’s hashrate results from the number of attempts miners make when trying to solve a new block, e.g. how often they try to create and add a block that corresponds to the current difficulty of a blockchain. The more power consumed in a network, the higher the security of that network. Since Bitcoin consumes a lot of power in mining due to its energy-intensive Proof of Work consensus mechanism, it is considered to be more secure than other cryptocurrencies. Currently, Bitcoin Cash’s hashrate functions at about 5% of Bitcoin’s, making it potentially less secure than Bitcoin.