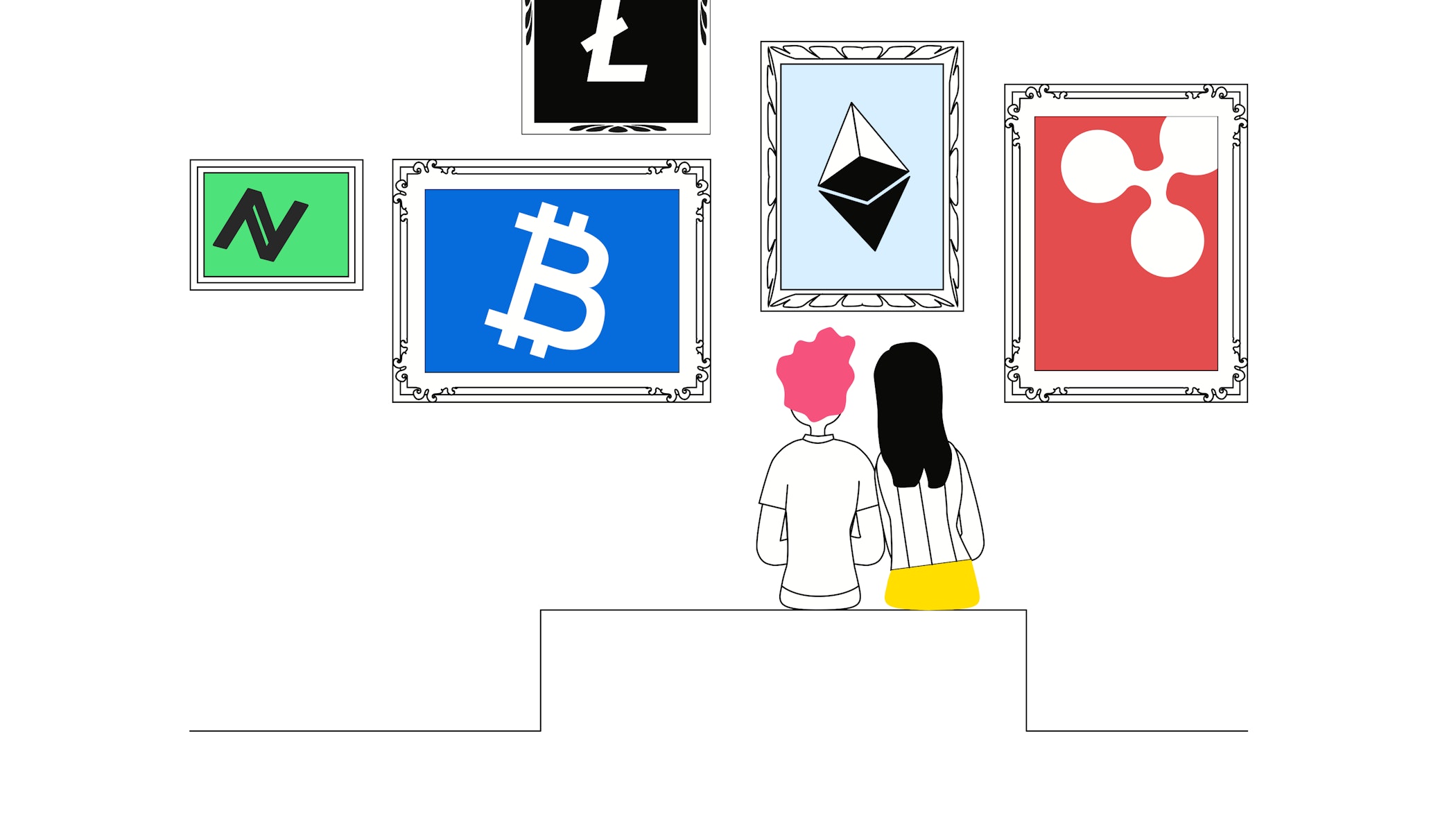 Bitcoin being the first and oldest cryptocurrency means that it is regarded as a sort of progenitor to all other cryptocurrencies available today.

In this lesson, you will learn the basics on altcoins.

In April 2018, Coinmarketcap listed more than 1,500 cryptocurrencies, with every single one except Bitcoin falling into the category of being an “altcoin”.

Some altcoins are not very old. This also means that a number of altcoins that were in the top 10 in terms of market capitalisation in the early days of cryptocurrencies are no longer around or not as popular as they used to be.

There are also altcoins which have been developed for very narrowly defined use-cases.

Is there any feature all altcoins have in common?

Cryptocurrencies such as Bitcoin, Ether and others can be utilised for payments on various platforms and not just their native environment. Many altcoins are not that different to Bitcoin and just offer different unique features, such as different distribution methods or different mining algorithms.

Yet, most altcoins also function as cryptocurrencies with the main purpose of serving as a store of value and for handling decentralised peer-to-peer-payments. They may offer higher transaction speeds or more privacy than other coins. Again, some altcoins have been developed for very narrowly defined use-cases. They diverge from Bitcoin’s original purpose as a peer-to-peer payment network.

Bitcoin forks and cryptocurrencies based on Bitcoin

Several cryptocurrencies are based on the technical standards of Bitcoin. They usually have a fixed supply and need to be mined through a process called Proof-of-Work. The most notable of these cryptocurrencies is Litecoin.

The very first altcoin to be forked from Bitcoin was Namecoin. Namecoin was introduced in April 2011 and based on Bitcoin’s source code. It is also limited to 21,000,000 coins like Bitcoin. The founders of Namecoin describe Namecoin as "an experimental open-source technology which improves decentralisation, security, censorship resistance, privacy, and speed of certain components of the internet infrastructure such as DNS and identities."

Litecoin is an altcoin that was created to become the “silver” to Bitcoin’s “gold”. While the average time to confirm a transaction in the Bitcoin network is just over 10 minutes, the Litecoin network takes about 2.5 minutes. Litecoin had originally also set out to make access to mining easier for the average user. Litecoin uses a cryptographic algorithm fundamentally different to Bitcoin, called Scrypt.

Ether, which runs on Ethereum’s blockchain, is currently the second largest cryptocurrency in terms of market cap.

Unlike Bitcoin, the objective behind Ethereum is not only to enable peer-to-peer payments, but also to serve as a type of operating system for decentralised applications (DApps) that run without downtimes, fraud or any sort of third party involvement.

Therefore, computers in the decentralised Ethereum network have two functions: to record transactions and to produce smart contracts.

DApps are built on the Ethereum blockchain and their advantage is that computation is decentralised. Developers are charged in Ether for using the computing power in the network. No single institution or authority is controlling the Ethereum network and essential components are distributed. Thus, it is almost impossible to attack the network, which offers customers the enhanced experience of reliable and secure applications.

ERC-20 is the technical standard for smart contracts for implementing tokens on the Ethereum blockchain.

On a lighter note, there have been lots of cryptocurrencies that were built with the intention to basically make fun of Bitcoin. The most notable altcoin in this regard is Dogecoin, which was conceived in 2013 as a “joke currency” using a widely known internet meme. Surprisingly, Dogecoin quickly rose to popularity and has gained market cap close to US Dollars 298,770,000 as of August 2019.

Unlike other altcoins, mainstream commercial uses of Dogecoin are limited, however, it is popular with users of social media who grant Dogecoin tips to other users for providing interesting content, making Dogecoin the internet tipping currency.

IOTA and the Tangle

Another popular altcoin project is IOTA, an open-source network founded in 2015. Every actor participating in the IOTA network has the same incentives and rewards. After performing computational work to verify two previous transactions, the reward is the validation of the new participant’s own transaction.

Thus, participants become part of a “pay-it-forward” system of transactions in a structure called the “Tangle”. No other financial rewards are offered, the network is fee-free and allows for high scalability. The more active IOTA participants, the faster transactions are validated.

The Pantos project, on the other hand, has set out to provide new standards for decentralised cross-chain token transfers. PAN is the ERC 20-token behind Pantos. PAN was created to become the first universal denominator token. The objective of Pantos technology is to enable the transfer of assets from one blockchain to another.

For instance, let’s take the stock of a corporation as a sample use case and presume that shares of ownership in a specific corporation were to be tokenised on a blockchain as utility tokens. This would enable trading stocks in the crypto market.

Yet, it would lead to great price differences if five different projects were to bring a utility token for the same stock out on five different blockchains. Pantos provides a universal denominator solution for all five blockchains and users can then decide which blockchain they prefer.

Yes. In fact, there have been lots of altcoins after the launch of Bitcoin which failed or weren’t intended to survive in the first place, in many cases because they were launched as scam projects or pump-and-dump coins.

The main reason, however, behind an altcoin failing is lack of utility. This means that the use case of an altcoin overlaps with another more popular altcoin - they both offer very similar features and services to the user. In 2018 alone, more than 1,000 cryptocurrencies failed, meaning they traded for values below US$ 0.01.

The main reason, however, behind an altcoin failing is a lack of utility, meaning that its use case overlaps with another more popular altcoin that offers a very similar service to the user.

Moving Forward: The Future of Altcoins

Some industry players contend that all cryptocurrencies have developed because of Bitcoin and that up to 99 percent of all altcoins will eventually be worthless. In the long run, a solid altcoin should be developed for a very specific use case - to address a narrowly defined purpose and need within a reasonable regulatory framework, with steady development of mass adoption to retain its value in the long term.

What are altcoins, and what do they do?

What is market cap in crypto and why is it important?

What are Decentralised Applications (DApps)?