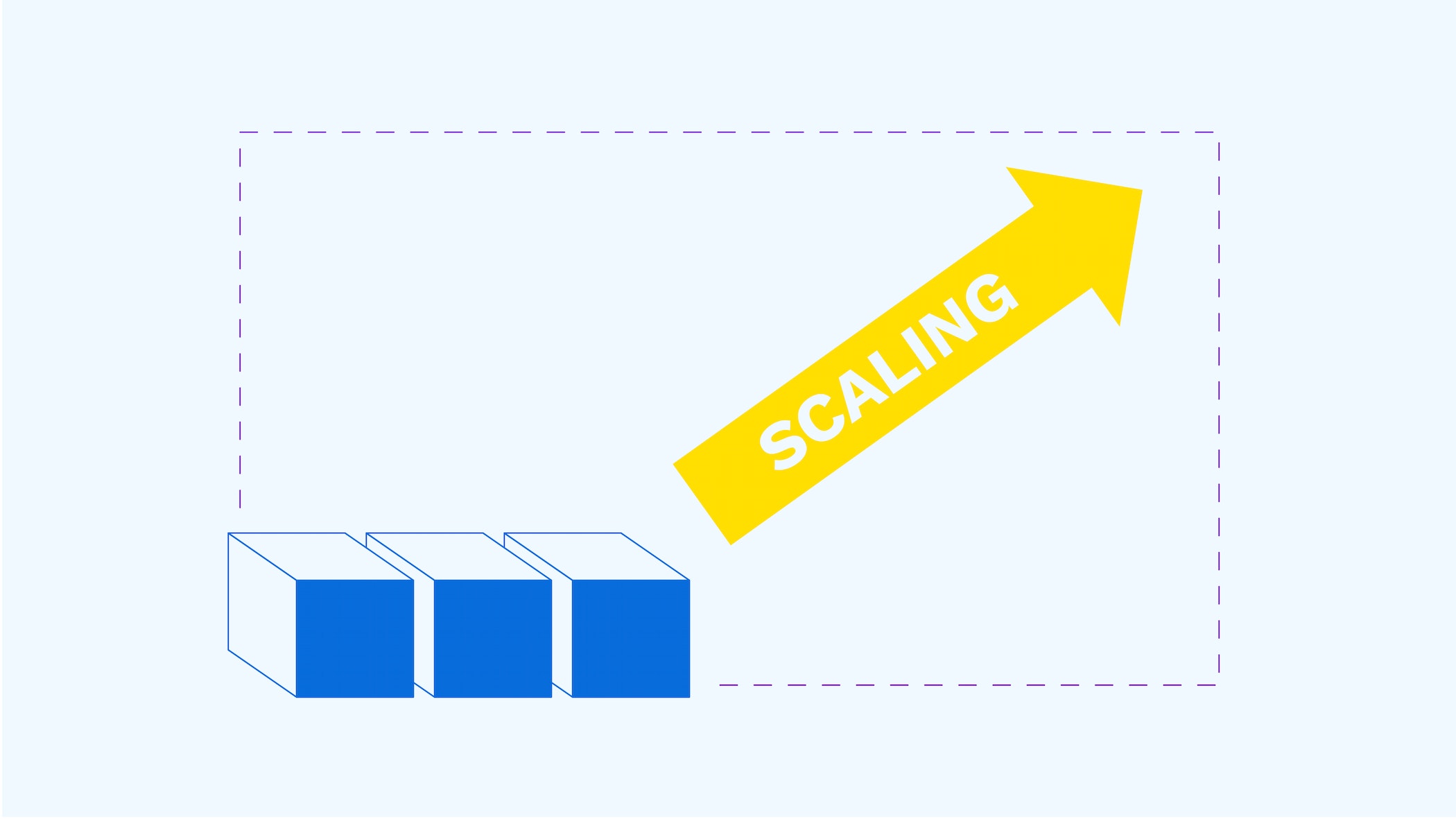 One of the present drawbacks of using the Bitcoin network for payment transactions is the issue of network scalability.

In this lesson, you are going to learn about the issue of scalability in blockchain technology. ﻿

As you have learned in lesson 8 of the Beginners’ section of the Academy, transactions in the Bitcoin network are verified in a process called mining. The computers of miners collect transactions that have been dispatched into blocks. The nodes then compete to be the first node to solve a complex cryptographic puzzle. The objective is to be the first miner to validate the new block. A block is only accepted into the blockchain if all transactions in this block are valid and have not already been spent.

As Satoshi Nakamoto estimates in his whitepaper on Bitcoin, blocks are generated just about every ten minutes - this is known as the “block time” of the Bitcoin network. It is the estimated length of time it takes to mine a block. A block is usually about 1MB in size. If it takes longer to mine a block in the Bitcoin network, the “difficulty” level will be reduced, if it takes less time, the difficulty is increased. The difficulty adjustment takes place roughly every 2016 blocks (about every two weeks).

Presently, total value being moved in the Bitcoin network is increasing on a yearly basis, as is the number of processed transactions. As each transaction has to be at least 250 bytes - a figure that is hard-coded into the Bitcoin protocol - the Bitcoin network can process up to 7 transactions per second (tps) if the block time is ten minutes. Ethereum processes about 15 tps and Ripple is the fastest, with a capacity to process about 1,500 tps.

Presently, total value being moved in the Bitcoin network is increasing on a yearly basis, as is the number of processed transactions.

Why is scalability an issue?

Compared to traditional payment providers such as VISA or PayPal, the transaction capacities of cryptocurrencies such as Bitcoin and Ethereum are very low. The world’s leader in digital payments, VISA, claims that it is able to handle more than 65,000 transaction messages a second and actually handles an average of 150 million transactions every day. In contrast, the payment network PayPal “only” handles 193 transactions per second, or about 5 million transactions a day.

Therefore, network speed and security are the two prevailing factors that determine the reputation of a payment network. Consequently, the present infrastructure of cryptocurrency networks will need to be expanded in a suitable way to absorb increasing transaction volumes along with an increasing number of users.

The question of scaling solutions

As you learned in lesson 8 of the Academy’s Intermediate section on hard forks and soft forks, the Bitcoin community activated SegWit in 2017 as a soft fork to the Bitcoin protocol to enable second-layer solutions for scaling. In essence, SegWit basically involved removing (segregating) the “witness” - data needed to check the validity of transactions - from the list of inputs.

Another scaling solution that aims to reduce the amount of data in the blockchain is the Lightning Network, a "Layer 2" payment protocol operating on top of Bitcoin based on a network of bidirectional payment channels, thus facilitating everyday transactions without charging unreasonable fees.

After Bitcoin transactions had approached network limits in late 2017, two basic schools of thought on network scaling emerged. Supporters of one group wanted to focus on increasing the limit of block size, the other focusing on off-chain scaling by adding additional protocols on higher layers, somewhat similar to the present structure of the internet.

Vertical scaling involves adding processing power and memory to each node, thus creating more powerful nodes. Consequently, the efficiency of individual transactions is improved. Horizontal scaling, on the other hand, entails adding more machines to a system and improving overall throughput capacity. In summary, fewer nodes and thus higher centralisation of a network (such as EOS) generally increase network speed, while transparency and overall immutability are lower than in a highly decentralised network such as Bitcoin.

It is currently unlikely that, in terms of technology, one single scaling solution will manage to take into consideration all factors to provide the optimal solution for the Bitcoin network. However, many other coins have proposals they are working on to provide different solutions to this predicament as technology is making headway.

The biggest myth in blockchain: transactions per second

The Blockchain Scalability Problem & the Race for Visa-Like Transaction Speed