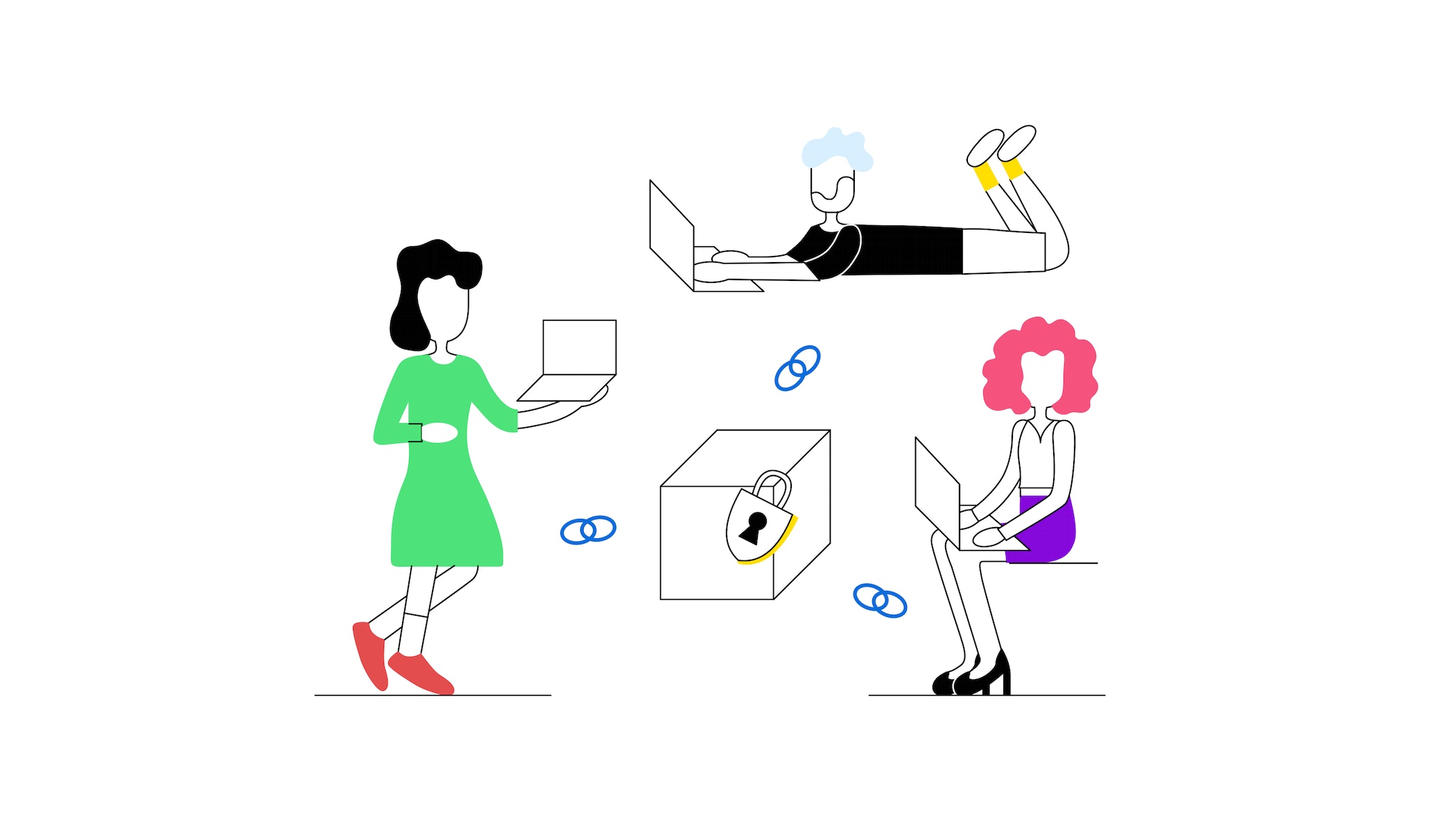 The internet promised an age of decentralised freedom, but today we still heavily rely on centralised players like we did in the analogue age. Many of the processes that run our global financial system and the world at large, are still paper-based and at risk of human error from centralised authorities. Blockchain technology is here to change that.

In this lesson, you will learn blockchain fundamentals.

What is a blockchain?

A blockchain is a special type of database. Transactions are not governed by a single party, but rather the entire transaction history is recorded in a decentralised, distributed ledger.

Blockchain technology is safe and robust and thus ideal for storing and processing sensitive information. The revolutionary aspect behind blockchain is that processes are not completed by one, but by many computers, simultaneously.

Bitcoin is a typical application. Trust in Bitcoin is secured through a decentralised, immutable ledger that is not run by a single company or government but by an independent community of computers all around the world.

All computers are in the same network, called a peer-to-peer network. Inside the industry, this model is often called a “distributed trust model”.

A model of trust

Blockchains offer groundbreaking technology with the potential to change the internet and even the world for many reasons. As we dive deeper into how blockchains work, you will find it increasingly easy to understand exactly why.

Each node contains a complete image of a blockchain’s network.

Who can be trusted in a digital space, where everything can easily be copied and most users are anonymous? Blockchain can help to solve this pressing question.

A blockchain is not updated and validated by a single individual, but by hundreds, thousands, or even millions of community members in regular timeframes.

Instead of one central party such as a company, government or bank, the entire blockchain network agrees on a shared “reality”, i.e. complete history of every transaction that has ever taken place within the network. This agreement is called consensus.

Because every single transaction that has ever taken place within the network is recorded and permanently stored, it is not possible to change the ledger’s history or send the same transaction twice (i.e. double spend).

In other words, participants of a blockchain network don’t even have to trust each other because no single user can cheat the system as a whole.

Blockchain technology is suitable for transactions between parties that need to be verifiable and permanent, such as contracts, ownership of intellectual property, identification, and, of course, cryptocurrencies like Bitcoin.

How do blockchains work?

To ensure that the network’s transaction history is not manipulated by anyone, the community behind the network has to agree on a common “reality”.

In a blockchain, transactions are stored in blocks, with each newly generated block referring to the block before it with a unique identifying number called a “hash.” These blocks constitute a chain, hence the name “blockchain”. This chain continues on indefinitely.

In the case of blockchains such as Bitcoin, trust is based on technological features such as the fact that all blocks can be viewed by the public. No transaction is added to a block without first being verified by a miner - a special type of computer in the network. This way the community ensures that no fraudulent transaction is recorded in a blockchain.

Consequently, a blockchain can even be used by parties who don’t necessarily trust each other to do business because they know their transactions are tamper-proof.

How does the blockchain work?