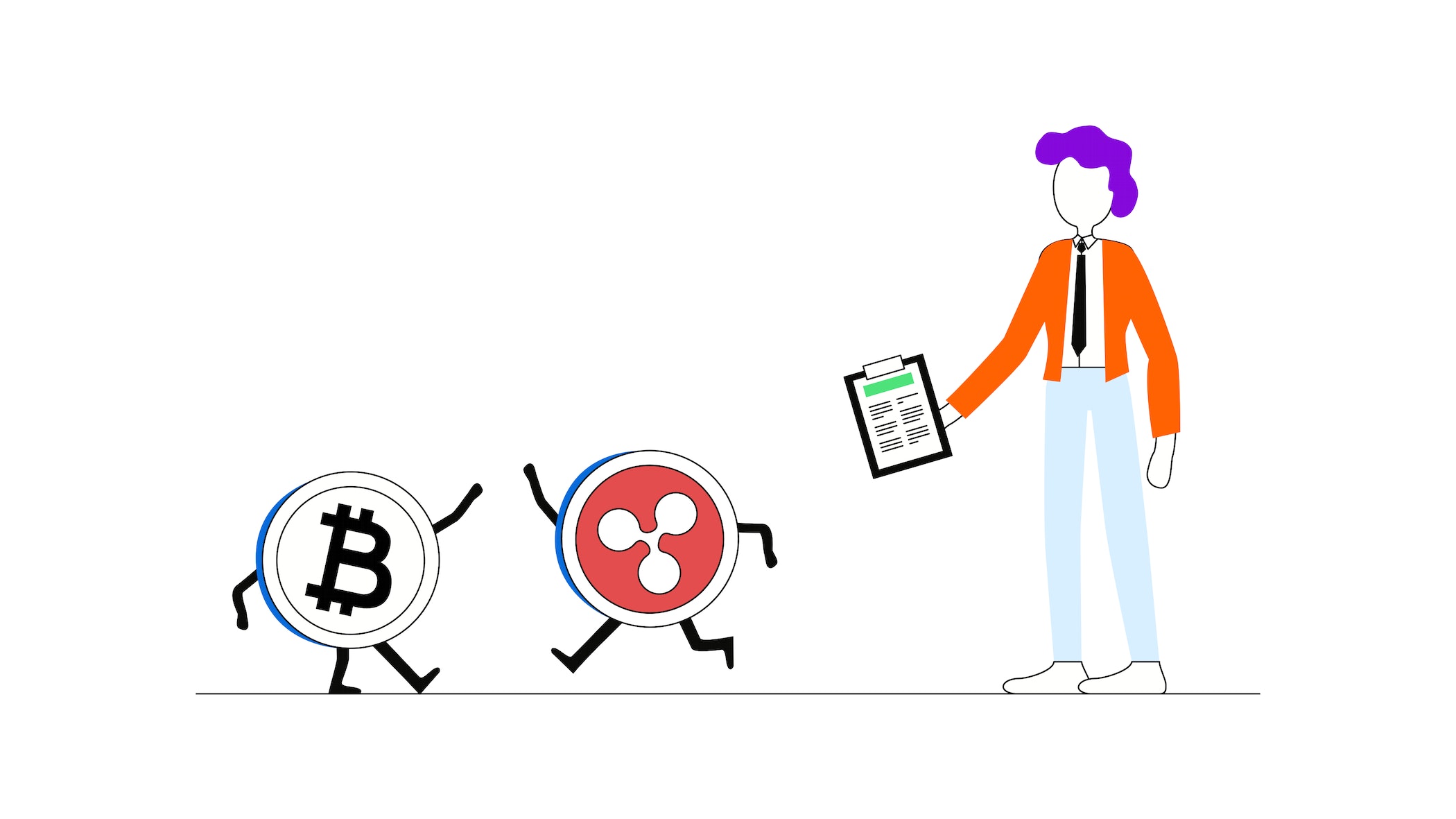 Unlike most cryptocurrencies, which are decentralised and therefore not run by a single entity, the cryptocurrency XRP is controlled by a company called Ripple. Ripple positions itself as an updated version to the SWIFT system and is already being used by banks and other financial institutions.

The Ripple network and its cryptocurrency XRP were launched in 2012. XRP is different from other cryptocurrencies in that it is owned by a single company and not run by a decentralised community. It also does not position itself as an alternative to traditional currencies. Instead, XRP wants to be a kind of middleman currency to allow global trade between any unit of value, like from cryptocurrencies such as Bitcoin to euro or other fiat currencies.

Ripple already works closely with banks and financial institutions. The main goal of Ripple is to establish a network that allows as many transactions as possible to simultaneously run as fast as possible. Ripple aims to attract companies like large banks, remittance services and payment providers who are interested in the technology. Keeping this in mind, it’s easy to see that Ripple is more of a competitor to established financial infrastructure services such as SWIFT than to other cryptocurrencies like Bitcoin or Ethereum.

Ripple is the name of the company that issues its own cryptocurrency. The exchange code for that currency is XRP.

How does Ripple work?

Even in the technology department, Ripple differs greatly from other cryptocurrencies. First, the Ripple network doesn’t run on a blockchain. Second, XRP doesn’t rely on mining to mint new units of XRP or to validate transactions. Instead, transactions on the Ripple network run through validating servers, which constantly compare the information they receive and process with a common ledger. For this reason, Ripple doesn’t expend as much energy and computing power while still allowing for faster transaction speeds.

Ripple’s validating servers use a consensus mechanism called HashTree. The main difference between the Ripple network and a Proof-of-Work blockchain is that consensus is reached by comparing not all the data, but only a single value, which is derived by summarising the ledger’s data. These independent validating servers are either run by individuals or by banks and institutions.

How to buy Ripple (XRP)?

To buy Ripple (XRP), one must go through a cryptocurrency exchange like Bitpanda and use fiat currencies,  e.g. euros or U.S. dollars, to purchase XRP. It’s recommended to first get familiar with the Ripple price history and the current exchange rate. After purchase, you can view and access your Ripple in a digital wallet that acts similarly to a banking app. You then have the option to hold on to your XRP or sell it again via the exchange.

What is the Ripple (XRP) price history?

Just like any other cryptocurrency, Ripple is considered to be a highly volatile asset and the Ripple price tends to fluctuate in response to events happening in the market. Ripple reached its all-time high in January 2018 when the XRP price reached €3,18. It has dropped significantly since then and has currently been experiencing a daily high of €0.3479 and a daily low of €0.3321.

How to use Ripple?

The purpose of Ripple is to utilise the internet, blockchain technology and the XRP currency to allow value transfers across borders in a quick, cost-efficient and reliable way. In that sense, Ripple is primarily geared towards offering solutions to businesses, governments and institutions. Cross border payments to enable global money transfers, crypto liquidity to source digital assets, and CBDC services are Ripple’s primary use cases. Some invest in XRP like they would stocks, buying the currency on a crypto exchange and then holding it or selling it on.

Ripple (XRP) in the news

The XRP Ledger 1.6 was released in August 2020 and included several updates that aim to improve overall performance. Along with bug fixes and optimisations, the consensus mechanism became more robust by setting offline validators aside while they are not connected to the network. Furthermore, the hardened validations that were introduced allowed servers to detect Byzantine behaviour more easily - a significant problem in the XRP space.

In 2020, allegations by the U.S. Securities and Exchange Commission against Ripple caused some turmoil. According to the SEC, XRP is a security and was not declared as such. The reasoning behind the claim is that about 50% of the total XRP tokens are owned by Ripple. In its official reply, Ripple defended itself by stating that the XRP network is completely decentralised and that holding XRP does not mean receiving a portion of Ripple’s revenues or profits.

Ripple Xpring is an ecosystem initiative for investing in, incubating, acquiring and providing grants to projects and companies that could help realise use cases for XRP outside of international transactions, such as crypto solutions for debt and derivatives.