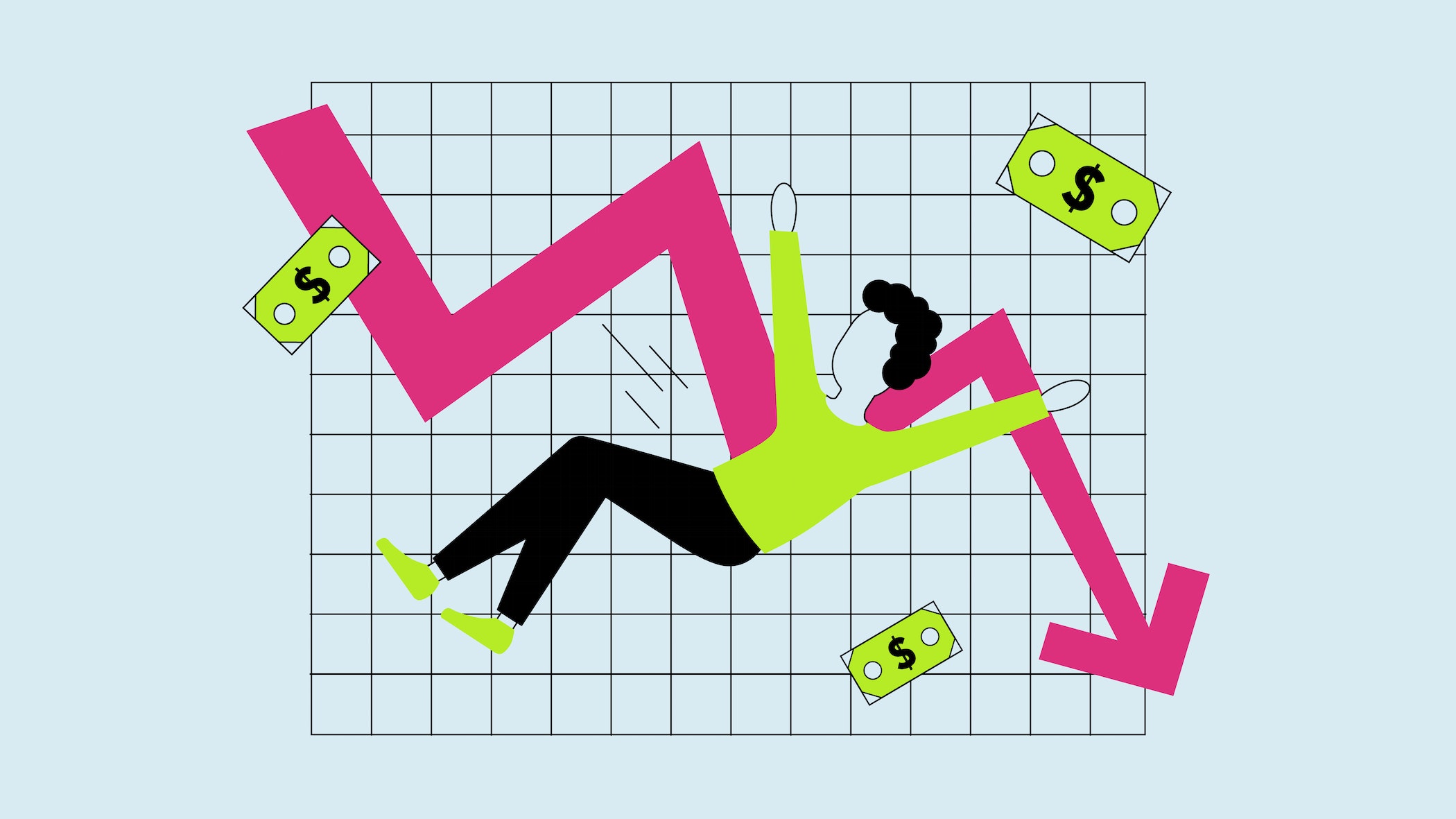 What is a recession?

The standard definition of a recession is a significant but temporary economic decline that lasts for months or even years. Most experts agree that an economic decline can only be called a recession after at least two consecutive quarters of decreased economic activity. Though a recession can be short, lasting only a few months, it usually takes a couple of years before the economy reaches its former peak.

For the most part, recession is considered to be a normal phase within a country’s economic cycle. Usually, it acts as a sort of corrective phase, following times of increased inflation and unsustainable growth.

Still, the results of a recession can be devastating: a significant decrease in a country’s GDP, a reduction in consumer demand and consumer spending, and an increased unemployment rate. Some even see recessions as self-fulfilling, spurning on a vicious cycle that only makes the recession worse and when people hear grumblings about an upcoming recession they typically spend less. This decreased demand leads to employees being let go, which leads to even less consumer spending from the recently unemployed, and so on.

Recession vs. stagnation vs. depression

A recession mustn't be confused with a stagnation or a depression. Although a stagnation is also a period of little to no economic growth, it’s not as severe as a recession. A depression, on the other hand, is the most severe: the decline in GDP is much steeper, unemployment and job loss are much higher, and the period lasts years, not just months.

What causes a recession?

A recession can be the result of a variety of financial and psychological determinants. Usually a recession occurs when there’s a significant drop in consumer spending, like during an inflationary period, a shock to the supply chain, when an economic bubble bursts or during other economic crises. Since recessions act as a kind of leveller, they often follow times when consumer prices or consumer demand surged to uncontrollable heights. The Great Recession in 2008, for example, started in part because the overvalued housing bubble burst.

Can you predict a recession?

Though there are deciding factors that lead up to a recession, predicting when a recession might come is not a science that can be pinned down - but there can be some key indicators. One of them is an inverted yield curve, where long-term yields are lower than shorter-term ones. Economists also evaluate a variety of indices, like the ISM Purchasing Managers Index and the Conference Board Leading Economic Index, to forecast future economic activity.

How to handle a recession

Most governments have automatic practices in place that are meant to help stabilise the economy during a recession. This includes increased unemployment insurance and cuts to interest rates.

For investors, experts recommend staying resilient. The time ahead of a recession can be a good time to review investments and rebalance portfolios if need be. Experts also generally recommend maintaining an emergency fund and simply staying put to ride out the recession. Fortunately, recessions don’t last too long, and are usually followed by times of great economic growth.