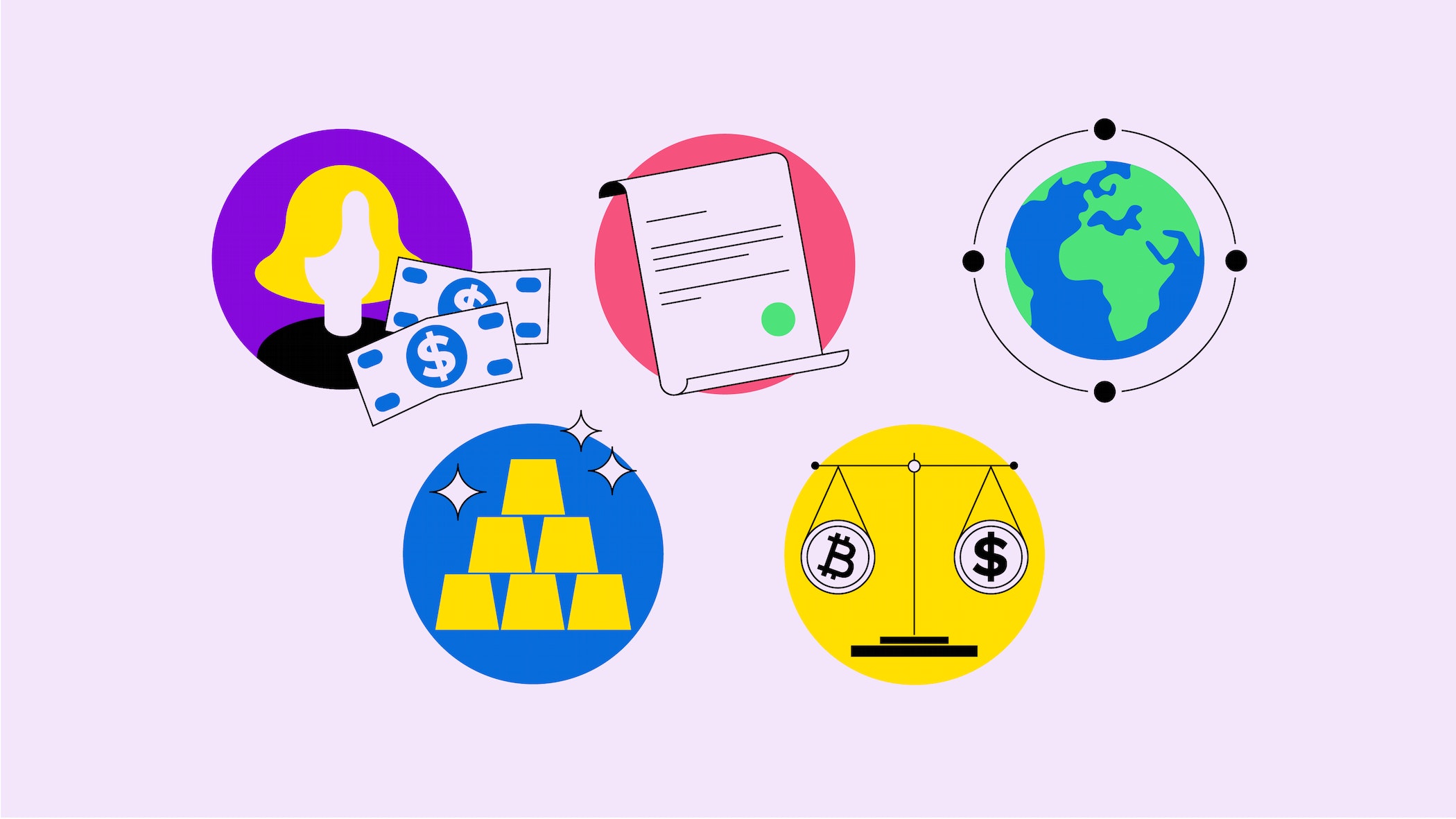 Many cryptocurrencies can be used for applications other than just paying for goods and services.

In this lesson, you are going to learn about different use cases of cryptocurrencies that go beyond digital money.

The present definition of cryptocurrencies terms them as “digital representation of value” not issued by a central bank or another public authority and accepted by natural or legal persons as means of payment. Cryptocurrencies can be stored, transferred, or traded electronically. However, in most countries, they are not considered currencies in the traditional sense.

Also, besides their function as a medium of exchange (in the form of digital money) and a store of value, cryptocurrencies are products with market value. Thanks to the potential of blockchain technology, a vast range of use cases beyond conventional financial transactions are emerging as the number of applications is increasing at unprecedented rates.

Recent trends indicate that besides in countries struggling with political instability and hyperinflation, there is also formidable interest in Bitcoin in regions where the local population has little or limited access to banking facilities.

Creating a digital wallet to transfer Bitcoin offers people access to a store of value independent of traditional banks.

While in many of those regions economies are still largely cash-driven and people cannot afford to pay for transportation to visit banks for registration, the number of those who have access to or own mobile phones is increasing. Thus, using digital wallets to transfer Bitcoin independent of traditional banks may provide a viable alternative for people without a bank account to participate in finance and to create a store of value.

Ethereum - a decentralised network for applications and smart contracts

Bitcoin may have started the cryptocurrency revolution all but it was Ethereum that pushed cryptocurrencies into a true industry. Thanks to Ethereum’s unofficial status as the “world computer” for decentralised applications (DApps), the popularisation of smart contracts and introduction of the ERC20 standard for tokens, the Ethereum network currently provides the world’s leading platform for distributed computing.

As you learned in previous lessons of the Bitpanda Academy, the ERC20 standard and smart tokens are the technological foundation of blockchain-based assets such as utility tokens, which convey holders the right to use DApps or preferential access to the services of cryptocurrency ecosystems, online games such as CryptoKitties and security tokens, which transfer investors shares of the company issuing the token.

IOTA - connecting services and resources in the IoT

The IOTA project behind the Tangle, an open-source distributed ledger, has the objective of creating an environment in which machines trade services and resources with each other. One use case for IOTA which is already underway in real life, is IOTA’s partnership with a prominent car manufacturer to test employing “smart wallet” technology in the scope of connected car services.

IOTA aims to create an environment in which machines trade services and resources with each other.

Drivers are able to earn credits that they can use to digitally pay road tolls, smart charging or parking fees using their mobile phones. They receive these credits by enabling their vehicles to report data on road conditions to entities such as highway departments, road maintenance authorities and others.

Another of IOTA’s Tangle use cases involves building a self-sufficient, energy-positive community in Trondheim, Norway. Based on the assumption that office buildings are responsible for 40% of global energy consumption, the project has set out to upgrade such buildings from being energy wasters to become producers instead, even supplying surrounding buildings with decentralised, sustainable electricity. All in all, the project is expected to generate more renewable energy within 60 years than the total amount of energy that is needed to build, maintain and demolish the building.

In contrast to utility tokens, asset-backed tokens have intrinsic value that is directly linked to the physical asset backing up the token. The tokenisation of assets enhances the liquidity of real world assets in the markets.

The term “liquidity” in this case implies how quickly and easily an asset can be bought and sold. By digitising a real world asset like real estate or a car, purchase processes are much quicker and easier.

Digitising assets also opens up markets to those investors that may not have been able to participate in investing until now. While traditional financial institutions more often than not bar clients with insufficient funds from making investments, tokenisation of a physical asset allows for a very high degree of fractionalisation - meaning that an asset is divided into numerous small parts.

By splitting ownership of an asset into numerous small fractions, all invested parties benefit from their investment in proportion to the amount of the asset they own and require just a small amount of funds to start investing,

While traditional financial institutions more often than not bar clients with insufficient funds from making investments, tokenisation allows people to start investing with a small amount of money.

Bitpanda is among the first platforms offering users the opportunity to invest in digitised precious metals. Metal tokens are backed by the actual physical assets - such as gold, silver, platinum and palladium, stored and insured in vaults in Switzerland. Digital precious metals on Bitpanda can be swapped for any other digital asset on the platform and users can also buy them at recurring intervals by setting up savings plans.

Stablecoins were established with the purpose to eliminate the volatility of traditional cryptocurrencies by consistently holding a stable value. In most cases, one unit of a stablecoin is “pegged” at the value of one US dollar or the Japanese yen (fiat-backed).

However, a stablecoin may also be pegged to another cryptocurrency (crypto-backed) or to other real-world assets (commodity-backed). The fiat currency or asset backing up a stable coin is optimally held by a regulated financial entity.

Stablecoins such as Tether and USD Coin which are pegged to the US dollar are used by traders to move quickly between cryptocurrencies on cryptocurrency exchanges.

The concept underlying a stablecoin is that its value fluctuates along with the stable value of another asset, providing the benefits of a cryptocurrency without the price volatility. The main use case for stablecoins is in cryptocurrency trading by traders who want to quickly switch between a volatile cryptocurrency and an asset that is more stable.

Imagine you want to exchange Bitcoin for Ethereum without losing too much value due to price movements. You expect the Bitcoin price to drop and therefore exchange your Bitcoins for a stablecoin like Tether or USD Coin.

Furthermore, stablecoins can also provide an option of value transfer and participation in the global financial system to people living in regions marked by economic turmoil, unstable domestic currencies and insufficient access to banking.

The driving force behind the blockchain industry is the democratisation of technologies and investments. Over time, the successful use cases based on cryptocurrencies will directly depend on global regulators and industry professionals working together to promote the adoption of digital assets in everyday life.

What are the Applications and Use Cases of Blockchains?

How does Bitpanda store gold and other digitised metals?